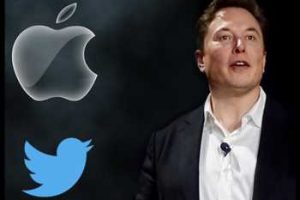 Elon Musk, who recently took Twitter Inc. private in a $44-billion deal, accused Apple Inc. of threatening to block the social media platform from its app store without giving the reason.

In a series of tweets on Monday, the Tesla founder and CEO also said the tech giant had stopped advertising on Twitter, and that it was pressuring the firm over content moderation demands.

In a tweet, Musk said, “Apple has also threatened to withhold Twitter from its App Store, but won’t tell us why.”

Noting that the iPhone maker has mostly stopped advertising on Twitter, Musk asked whether the company hates free speech in America.

He also demanded the tech giant to publish all censorship actions it has taken that affect its customers.

“The Twitter Files on free speech suppression soon to be published on Twitter itself. The public deserves to know what really happened,” he further tweeted.

In October, Musk had reassured Twitter’s advertisers about the future of the platform. Musk then said in a letter posted on Twitter, that he doesn’t want the platform to become a “free-for-all-hellscape where anything can be said with no consequences,” despite his stated promise to rethink on its content moderation policies and bolster “free speech.”

Volkswagen, and General Mills are a few others, who have pulled or paused their advertising campaigns.