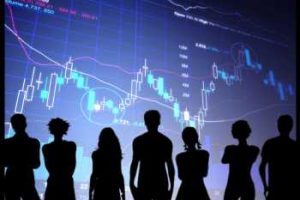 European stocks hit over one-week high on Tuesday, as Omicron fears somewhat subsided and the People’s Bank of China released about 1.2 trillion yuan ($188 billion) of liquidity into the financial system via a cut in the reserve requirement ratio for most banks.

Sentiment was also boosted after data showed German industrial production recovered at a faster than expected pace in October.

Crimson Tide jumped almost 14 percent. The provider of the mpro5 solution announced that it has entered into a Master Services Agreement with food service company Compass Group for its non-U.K. based operations. Shares of the latter rose over 1 percent.

Veolia and Suez were declining in Paris after the CMA found that their merger could lead to a loss of competition in the supply of several waste and water management services in the U.K.

Worldline advanced 1.7 percent as Eurobank, one of Greece’s four largest lenders, agreed to sell 80 percent of its merchant acquiring business to the French payments firm.

Symrise AG gained 1.3 percent. The supplier of fragrances, flavors, food, nutrition and cosmetic ingredients has signed a purchase agreement for the acquisition of Giraffe Foods Inc. Based in Mississauga, Ontario, Canada.

Nordex jumped 3.6 percent after it received a 47MW turbine order for a wind project in Sweden from regular customer WPD.