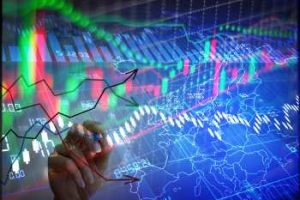 European stocks are seen opening lower on Wednesday after a series of unusual leaks on two natural gas pipelines running from Russia under the Baltic Sea to Germany triggered concerns about sabotage.

Meanwhile, Russia threatened to cut off the last gas pipeline to Ukraine’s allies in Europe and moved to annex a large chunk of Ukrainian territory in the latest signs of escalating conflict.

Asian markets were broadly lower on concerns that surging borrowing costs will tip the global economy into a recession.

Separately, the IMF has urged U.K. to consider providing more targeted support to families and businesses instead of sizable tax cuts.

Evans said the U.S. central bank needs to raise interest rates by at least another percentage point this year.

In economic releases, consumer confidence data from Germany and France are due later in the session.

Across the Atlantic, a report on pending home sales and a speech from Fed Chair Jerome Powell may attract attention.

U.S. stocks gave up early gains to end mixed overnight as the dollar rebounded and Treasury yields surged after an initial move to the downside after the release of strong economic data.

New orders for U.S. manufactured durable goods showed a modest decrease in August, while new home sales unexpectedly rose in the month and a measure of consumer confidence improved more than expected in September.

The Dow dipped 0.4 percent and the S&P 500 eased 0.2 percent to reach their lowest closing levels since late 2020 while the tech-heavy Nasdaq Composite rose 0.3 percent.

European stocks fell on Tuesday after a volatile session on concerns about monetary tightening and a possible recession.