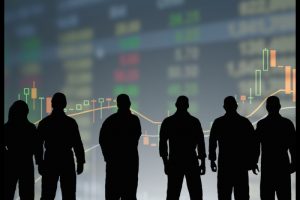 European stocks rebounded on Thursday after seeing heavy losses in the previous two sessions on worries about high inflation and the impact of aggressive policy tightening on growth.

Elsewhere, Germany’s wholesale price inflation eased for the fourth month in a row in August but remained at an elevated level.

Spanish lenders Bankinter, Sabadell and Caixabank all jumped over 5 percent after reports that Madrid could modify a bank tax to avoid conflicts with the European Central Bank.

Wizz Air Holdings rallied 3 percent. The low-cost airline said it has exercised an option with Airbus SE to buy 75 Airbus A321neo aircraft as per the agreement signed last November.

Avation surged 5 percent. The commercial passenger aircraft leasing company said it will return to net profit in fiscal 2022, following a recovery in the performance of the company and the sector.

Uniper fell slightly in choppy trade on news that the German government could end up taking a majority stake in the ailing gas importer.