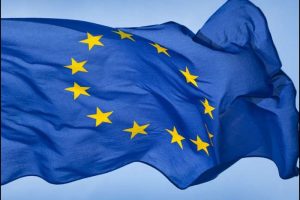 The euro area recovered at a faster-than-estimated pace in the second quarter from the Covid-driven downturn, revised data from Eurostat showed on Tuesday.

Gross domestic product grew 2.2 percent sequentially in the second quarter, bigger than the initial estimate of 2.0 percent. The growth reversed the 0.3 percent fall in the first quarter and the 0.4 percent drop in the fourth quarter of 2020.

Year-on-year, GDP expanded 14.3 percent instead of the prior estimate of 13.6 percent. This follows a 1.2 percent decline in the first quarter.

With revised data showing that the euro-zone economy performed even better than previously thought in the second quarter, the European Central Bank is sure to revise up its GDP forecasts on Thursday, Capital Economics’ economist Jack Allen-Reynolds, said.

That said, even if it reduces the pace of its PEPP purchases slightly, the ECB will stress that very loose monetary policy is still required, the economist added.

The expenditure-side breakdown today showed that household and government spending and gross fixed capital formation contributed positively to GDP growth. The contribution from the external balance was close to neutral, while the contribution from changes in inventories was slightly negative.

Exports climbed 2.2 percent after rising 0.7 percent in the first quarter. Similarly, growth in imports accelerated to 2.3 percent from 0.4 percent.

In relation to the COVID-19 pandemic, productivity based on persons increased compared to the same quarter of the previous year with 12.2 percent for the euro area.

Based on hours worked, productivity compared to the same quarter of the previous year decreased 1.5 percent for the euro area.