Home » Business » Fact check: Image of Coca-Cola can urging customers to ‘Try to be less white’ is altered

Fact check: Image of Coca-Cola can urging customers to ‘Try to be less white’ is altered 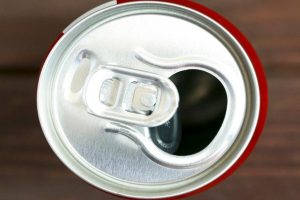 The claim: Coke wrote ‘Try to be less white’ on its soda cans

A widely shared image of a Coca-Cola can with the words “Try to be less white” printed on its side is drawing online criticism. Several posts encouraged followers to boycott Coca-Cola products.

This claim is the most recent accusation of anti-white bias on the part of the company. But this is not a real Coke can.

Coke confirms can is inauthentic

Ann Moore, communications director for the Coca-Cola Co., confirmed in an email to USA TODAY that the can was not real.

“The mock Coca-Cola can appearing in some social media feeds was not created, distributed or authorized by The Coca-Cola Company,” she wrote.

An uncapped Coke bottle with a red-and-white straw inside. (Photo: Coca-Cola)

Expert says the image is altered

A reverse image search for the picture in the posts does not yield any relevant results, but expert analysis suggests it was doctored.

Snopes debunked other images of Coke cans altered to read “Try to be less white” in February.

This file photo taken in 2011 shows cans of Coca-Cola and Diet Coke in a cooler at Anne's Deli in Portland, Ore. (Photo: AP)

This most recent altered image comes after months of criticism and misinformation directed at Coca-Cola.

The controversy began in February when Newsweek reported Coca-Cola had told employees to “Try to be less white” in a company training course. Accusations of anti-white bias inspired an abundance of online misinformation.

Over the last few months, USA TODAY has debunked several claims in this vein, including the false claim that Coca-Cola refused to hire white executives.

We rate the claim that an image shows Coca-Cola wrote “Try to be less white” on its soda cans ALTERED, based on our research. A spokesperson for the company confirmed it has not produced or authorized any cans with that phrase. An expert has suggested the image is likely altered. This image is the latest in a string of misinformation about Coke’s perceived anti-white bias.