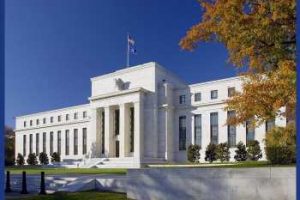 Reflecting concerns about the pace of inflation, the minutes of the Federal Reserve’s monetary policy meeting in early November revealed some participants felt the central bank should be prepared to raise interest rates sooner than currently anticipated.

The minutes released Wednesday afternoon said various participants believe the Fed might need to both reduce asset purchases and raise rates if inflation continues to run higher than levels consistent with the central bank’s objectives.

However, others argued that a patient attitude remained appropriate in light of the considerable uncertainty about developments in supply chains, production logistics, and the course of the coronavirus pandemic.

The participants still agreed that the Fed should not hesitate to take appropriate actions to address inflation pressures that posed risks to its longer-run price stability and employment objectives.

The potential for sooner-than-anticipated rate hikes comes as a number of participants expressed concerns the public’s longer-term expectations of inflation might increase to a level above that consistent with the Fed’s longer-run inflation objective.

The Fed has repeatedly indicated it aims to achieve inflation moderately above 2 percent for some time so that inflation averages 2 percent over time and longer-term inflation expectations remain well anchored at 2 percent.

The minutes said a couple of participants pointed to increases in survey and market-based indicators of expected inflation as possible signs that inflation expectations were becoming less well anchored.

The Fed agreed during the meeting to reduce the pace of its $120 billion per month in asset purchases by $15 per month beginning in mid-November.

The minutes showed some participants felt reducing the pace of asset purchases by more than $15 billion each month could be warranted so that the Fed would be in a better position to raise interest rates.

“We still think that market expectations for a series of rate hikes beginning by mid-2022 are overdone, particularly as inflation will be declining by that time,” said Paul Ashworth, Chief US Economist at Capital Economics.

He continued, “But the FOMC has clearly woken up to the realization that, even if it falls back somewhat, inflation is likely to remain above target for some considerable time.”