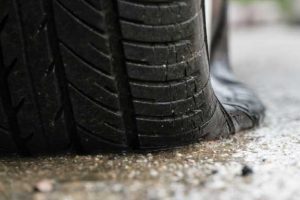 Ford Motor Co. (NYSE: F) hinted at inflation problems when it recently announced sharp price increases on its extremely important Mustang Mach-E and Ford F-150 Lightning. These have to sell well for Ford to continue its march into the electric vehicle (EV) sector. However, these problems were considered isolated because many EV components are limited to EV production. Ford announced that trouble was much broader and spread across a larger portion of its product line.

The announcement was short and to the point, something Ford does not always do with its press releases. High costs will hurt third-quarter earnings. Parts prices will be $1 billion higher than expected. Ford will have 40,000 to 45,000 unfinished vehicles sitting on the sideline because they cannot be completed. To make the problem worse, the company says it “believes” these will be completed and delivered to dealers in the fourth quarter. Investors should hope what Ford believes is right.

The critical statement from the announcement is that Ford expects earnings before interest and taxes for the year to stay at the previously forecast $11.5 billion to $12.5 billion. Skeptics will say this is a real stretch, given that the third-quarter challenges will not be entirely solved in the fourth quarter of the year.

The Ford announcement should send shudders across the investors in every other auto manufacturer. Ford is so large that its problems cannot be isolated. For example, General Motors has to have similar hurdles.

The problem Ford has affects its future as much as its present. While many car parts will become available at prices similar to what they were before the supply chain interruption, it may not be as fortunate with EV components. Ford’s rush into the EV future could be injured.

The EV market is already a financial loser for Ford, which is why it increased prices for the Mustang Mach-E and Ford F-150 Lightning. Those challenges almost certainly will persist. That means Ford faces losses on its EVs, or the need to increase what it charges consumers, which will make EVs much less attractive.

Ford says parts shortages will not do much damage beyond the third quarter. That seems unlikely.