Home » Business » Foreign Countries That Own the Most American Land

Foreign Countries That Own the Most American Land 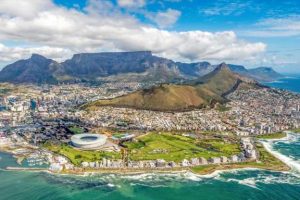 How much U.S. land is actually owned by investors from countries with often adversarial or choppy relations with the U.S.? The answer is: not many.

To determine which foreign countries own the most U.S. land, 24/7 Wall St. reviewed data from a report by the U.S. Department of Agriculture, Foreign Holdings of U.S. Agricultural Land through Dec. 31, 2020. Countries are ranked by the total area of agricultural land, in acres, held by individuals and entities from that country. All data is from the report

Nearly 55% of all foreign-owned land parcels in the U.S. are owned by interests from just six countries, all of which are close U.S. allies like the Netherlands, Italy, and the United Kingdom.

Canadian investors lead this pack, by a long shot, with nearly 9.4 million acres of U.S. land — more acreage than 44 of the top 50 foreign landowners combined, according to the report. (These people own the most land in America.)

Still, in some cases, investors who own the largest amount of U.S. land could use companies incorporated in third party countries like the Netherlands or the Cayman Islands to mask their country of origin.

When looking at the value of the agricultural land owned by foreign interests, Chinese investors rank among the top 10 with $1.9 billion worth of U.S. land. Investors in the six countries with more valuable U.S. land holdings than China hold U.S. land with a combined value of nearly $29.3 billion. (This is the most expensive place to buy land.)

Here are the foreign countries that own the most U.S. land.