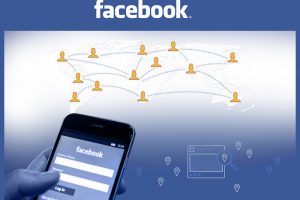 A former product manager of Facebook Inc.’s (FB) civic misinformation team has come out all guns blazing against her former employer to go on record and state that the popular social media platform often ignored its duty to stop misinformation and chose monetary gain over negative effects.

Frances Haugen is the same whistleblower from whom The Journal managed to obtain the study about the negative effect of Instagram on teen girls, which ultimately resulted in Facebook having to halt its plan to launch Instagram For Kids.

Haugen appeared on CBS’s 60 Minutes to reveal her identity and also talk about the inner operations of the company.

Haugen said that she has filed at least eight complaints with the US Securities and Exchange Commission to unmask the company. Haugen appeared on CBS on October 3 and will testify to the Senate Commerce Subcommittee on Consumer Protection on October 5 in a hearing titled Protecting Kids Online.

She said, “There were conflicts of interest between what was good for the public and what was good for Facebook. And Facebook over and over again chose to optimize for its own interests like making more money.”

One study revealed by Haugen shows that Facebook’s algorithm only took actions 3% to 5% of the time in case of hate speech and less than 1% of the violent and inciteful contents are actually filtered despite several assurances from CEO Mark Zuckerberg.

“I’ve seen a bunch of social networks and it was substantially worse at Facebook than anything I’d seen before,” Haugen told during the interview.

In another bombshell of information, Haugen said that the Civic Integrity Team, which was formed to stop the spread of misinformation during the 2020 elections, was immediately dissolved after the elections to focus on growth, in a carefully ignorant manner that could’ve also contributed to the capitol riots on January 6.

“When they got rid of Civic Integrity, it was the moment where I was like, ‘I don’t trust that they’re willing to actually invest what needs to be invested to keep Facebook from being dangerous,” said Haugen.

“As soon as the election was over, they turned them back off or they changed the settings back to what they were before, to prioritize growth over safety” she added. “And that really feels like a betrayal of democracy to me.”

Haugen’s lawyer, John Tye, the founder of Whistleblower Aif non-profit, confirmed to the Times that some documents which can prove integral in the proceedings of the case have been given to the attorneys general of California, Vermont, and Tennessee.
Apart from the SEC, Haugen is also going to sit with leaders in Europe and Asia to discuss the wrongdoings. Haugen also added that the ethnic violence in Myanmar and Facebook’s handling or the lack of it gave her the idea of collecting the data she has presented.

“Facebook has demonstrated they cannot act independently… Facebook, over and over again, has shown it chooses profit over safety. It is subsidizing, it is paying for its profits with our safety. I’m hoping that this will have had a big enough impact on the world that they get the fortitude and the motivation to actually go put those regulations into place. That’s my hope,” Haugen said during her air-time on CBS.

Facebook has immediately released statements to deny the allegations against itself. Lena Pietsch, the spokesperson of Facebook, said, “We continue to make significant improvements to tackle the spread of misinformation and harmful content. To suggest we encourage bad content and do nothing is just not true.”

Meanwhile, after “60 Minutes” aired Haugen’s segment in the morning, Facebook and some of its apps, including Instagram and WhatsApp, suffered outage.