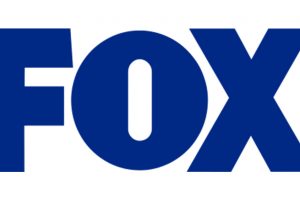 Fox Corp. has completed its upfront sales process, with CPM gains across its linear and digital portfolio in the range of 20%, according to a person familiar with the negotiations.

No individual network was broken out from the overall set of platforms, meaning recently acquired streaming service Tubi is combined with more mature assets the Fox broadcast network. Because of the tricky comparisons and fast-changing business environment, the insider emphasized the word “unprecedented” in characterizing the upfront.

Streaming is an unprecedented part of the ad mix at Fox. Tubi, which Fox bought for $440 million in a deal that closed in 2020, more than tripled its upfront revenue compared with last year, the insider indicated. Together, Fox Digital and Tubi doubled the number of new advertisers buying time in the upfront.

While Fox is not throwing as many resources at direct-to-consumer as its media industry rivals, it added the free, ad-supported Tubi as a means of offering an alternative. Tubi viewership, which is younger and more diverse than many conventional outlets, continues to grow and overall ad dollars continue to come into the streaming arena. During a recent quarterly earnings call, Fox CEO Lachlan Murdoch said Tubi is on a path to becoming a “billion-dollar business” in fairly short order.

Earlier this week, CFO Steve Tomsic described the upfront as “one for the ages” during a virtual appearance at a conference hosted by Wall Street firm Credit Suisse. “Our guys are saying they haven’t seen this kind of strength for close to two decades,” he said. Scatter pricing in February, March and April was “off-the-charts strong,” the exec added, which suggested a healthy result in the upfront.

Comparisons with 2020 are far from exact, given the heavy toll of the coronavirus pandemic on the broader business.

The volume of ads is in line with recent years, the CFO noted. “We haven’t over-indulged,” he said.

Fox, which has been a more focused company since the Disney-Fox deal closed in early 2019, has had a good run at its broadcast network thanks to hits like The Masked Singer. The 2021-22 season will be Fox’s last with Thursday Night Football, as Amazon has stepped up to start its exclusive, 11-year pact in 2022. But NFL games remain an anchor of the network’s Sunday schedule, with late-afternoon games on the East Coast leading straight into prime time.