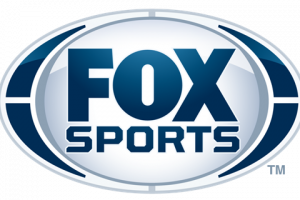 Looking to leverage its talent in the audio space, Fox Sports has launched a podcast network, with an initial slate featuring shows hosted by Skip Bayless and Nick Wright.

A third show in the lineup at launch is a documentary from All Madden co-director and Fox Sports reporter Tom Rinaldi about the murder of former Major League Baseball player Lyman Bostock.

“Fox Sports is the leading destination for top quality original digital content from the biggest personalities in sports,” said Charlie Dixon, EVP and head of content for Fox Sports. “The creation of this new podcast network allows us to deliver fans exclusive commentary and enthralling stories providing hours of entertainment through this important medium.”

Podcasting has gone from a fringe activity a decade or more ago to a business expected to bring in $2 billion in annual revenue by 2023. The sports category is crowded and getting more so, with established media companies like ESPN facing an array of potent newer rivals like Spotify’s The Ringer, Meadowlark Media and Barstool Sports. Fox’s radio portfolio features a number of top-rated names like Dan Patrick and Colin Cowherd, but their presence in podcasting is controlled by entities other than Fox. The podcast network launch is aimed at changing that over the longer term.

The Skip Bayless Show, What’s Wright with Nick Wright and Wesley, the series about Bostock, join Club Shay Shay, an existing Fox podcast hosted by Shannon Sharpe that has fared well on the Apple Podcasts chart.

On the weekly Skip Bayless Show podcast, the host will talk about current topics and share behind-the-scenes moments, along with interviews and replies to viewer and listener questions.

What’s Wright features Wright, host of FS1 morning show First Things First. His weekly Tuesday show, which debuts March 1, will see him deliver a range of takes along with setting the agenda for the week ahead.

Wesley, set to premiere in April, takes its name from the middle name of its subject: Lyman Wesley Bostock Jr. The serialized show profiles the activist-turned-athlete, who was a rising star and among the best hitters in baseball at the time of his death in 1978.

While the podcast network is new, Fox has already produced a number of podcasts in addition to Sharpe’s show, including baseball show Flippin’ Bats and college football entry The No. 1 Ranked Show.