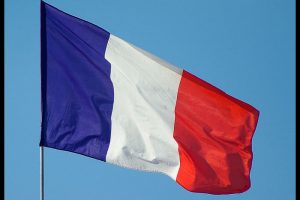 Confidence among French manufacturers improved further at the start of the year, underpinned by an improvement in the assessment of past production and foreign order books, amid expectations that the recent downturn in the economy would be short-lived, results of two separate surveys showed Tuesday.

The manufacturing confidence index rose to 103 in January from 102 in December, monthly survey results from the statistical office INSEE showed.

The sub-index measuring manufacturers’ views towards past production rose to 11.0 in January from 8.0 in the previous month, while the overall order book balance dropped to -17 from -15, which was the lowest level since March 2021.

However, the foreign order book balance rose by 3 points to -12 from -15 in December.

At the same time, the finished-goods inventory balance declined sharply to 14 in January from 25 in December.

The index for the expected trend in selling prices in the next three months was clearly down in January, as the relevant index stood at 33 versus 47 in December.

The number of companies citing supply problems as limiting production has decreased once again, the survey said.

The overall business confidence index that comprises the responses of business leaders from sectors, namely, manufacturing, construction, services, retail trade, and wholesale trade, dropped marginally to 102 in January from 103 in December.

“All this data suggests the French economic outlook is uncertain but far from dramatic; it’s not leaping into recession,” ING economist Charlotte de Montpellier said.

“Moreover, companies indicate that the employment outlook remains very positive in all sectors.”

The PMI survey by S&P Global showed that French private sector companies recorded the strongest level of optimism towards the year ahead outlook in six months as sentiment at both
manufacturers and service providers strengthened.

Some firms increased staff on expectations of future growth in business. Private sector employment levels rose for a twenty-fifth month in a row with the rate of job creation even accelerating, the survey showed.

“Increased business optimism and stronger hiring suggests there are plenty of companies across France who are preparing for the downturn to be short-lived,” S&P Global Market Intelligence Senior Economist Joe Hayes said.