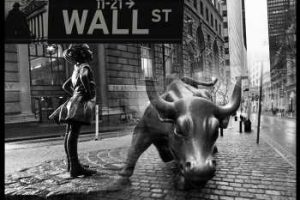 The U.S. Dollar is strengthening, and the price of gold is on a climb, in response to the inflation situation. This will have an impact on consumer prices also.

The Energy Information Administration or EIA’s Petroleum Status Report for the week will be released at 10.30 am ET. In the prior week, the Crude Oil Inventories were up 1.0 million barrels.

Twenty-year Treasury Bond auctions will be held at 1.00 pm ET.

Federal Reserve Board Governor Christopher Waller to give Thoughts on Stablecoins before virtual 2021 Financial Stability Conference at 12.40 pm ET.

Chicago Federal Reserve Bank President Charles Evans to speak about current economic conditions and monetary policy in a moderated Q&A with the Mid-Size Bank Coalition of America at 4.05 pm ET.

The Euro Stoxx 50 Index, which is a compilation of 50 blue chip stocks across the euro area, is down 0.54 percent.