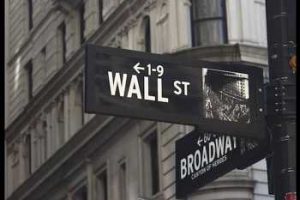 Ahead of the Thanks Giving day, Durable Goods Orders and New Home Sales as well as FOMC minutes might be the highlights on Wednesday.

Russia’s latest targeted attack on Ukraine’s maternity hospital has killed a newborn.
The death of six people in a mass shooting at a Walmart store in Virginia on Tuesday late at night is a matter of concern. Five people were dead in another mass firing by a 22-year-old youngster in Colorado Springs last week.

On the economic front, the Durable Goods Order for October will be released at 8.30 am ET. The consensus is for an increase of 0.4 percent, while it was up 0.4 percent.

The Labor Department’s Jobless Claims for the week is scheduled at 8.30 am ET. The consensus for initial claims is 225K, while it was up 222K in the prior week.

The Commerce, the Housing and Urban Development Department’s New Home Sales for October will be issued at 10.00 am ET. The consensus is 575K, while it was up 603K in September.

The University of Michigan’s Consumer Sentiment for November will be released at 10.00 am ET. The consensus is 55.0, while it was up 54.7 in October.

The Energy Information Administration or EIA’s Petroleum Status Report for the week will be published at 10.30 am ET. In the prior week, the crude oil inventories were down 5.4 million barrels and the gasoline inventories were 2.2 million barrels. EIA’s Natural Gas Report is scheduled at 12.00 pm ET. In the prior week, the gas stock was up 64 bcf.

The Baker Hughes North American rig count for the week will be out at 1.00 pm ET. In the prior week, the North America rig count was 983 and the U.S. rig count was 782.
The Federal Open Market Committee or FOMC minutes will be issued at 2.00 pm ET. The Committee usually issues minutes of its latest meeting three weeks after the meeting.

Euro Stoxx 50 which provides a Blue-chip representation of supersector leaders in the Eurozone, is adding 0.084 percent.