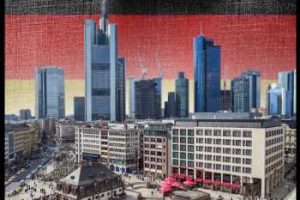 Germany’s consumer price inflation crossed 5 percent in November, largely driven by a low base effect and higher energy and food prices, while prices decreased from the previous month due a seasonal slump in prices for package holidays, latest figures from the statistical office Destatis confirmed Friday.

“The inflation rate increased for the sixth time in a row and in November reached the highest level recorded in 2021 so far,” Destatis President Georg Thiel said.

The record high CPI inflation for Germany is 6.2 percent logged in 1992.

Compared to the previous month, the CPI fell 0.2 percent in November after a 0.5 percent rise in October.

The harmonized index of consumer price, or HICP, rose 6.0 percent year-on-year following a 4.6 percent increase in the previous month.

The EU measure of inflation climbed 0.3 percent from the previous month, when it rose 0.5 percent.

There are a number of reasons for the high inflation rates since July this year, which include base effects due to low prices in 2020, Destatis said.

Further, the temporary value added tax reduction in the second half of last year and the sharp decline in mineral oil product prices a year ago had an upward effect on the overall inflation rate, the agency added.

All figures matched the flash estimates released on November 29.

Energy inflation accelerated for a fifth month, jumping to 22.1 percent from 18.6 percent. Heating oil costs more than doubled and motor fuel prices rose more than 40 percent. The CO2 charge introduced at the beginning of the year also had an upward effect on energy prices.

Excluding energy prices, the inflation rate was 3.4 percent in November and excluding both energy and food prices, it would have been 3.3 percent, Destatis said.

The major reason for the monthly decrease in the CPI was a 21.6 percent seasonal slump in the package holidays prices. Energy products prices rose 1.8 percent and food prices grew 0.5 percent from the previous month.

Some economists expect the December inflation figure to mark a new record high since German reunification.

Headline inflation is widely expected to hold above 2 percent well into the second half of 2022.