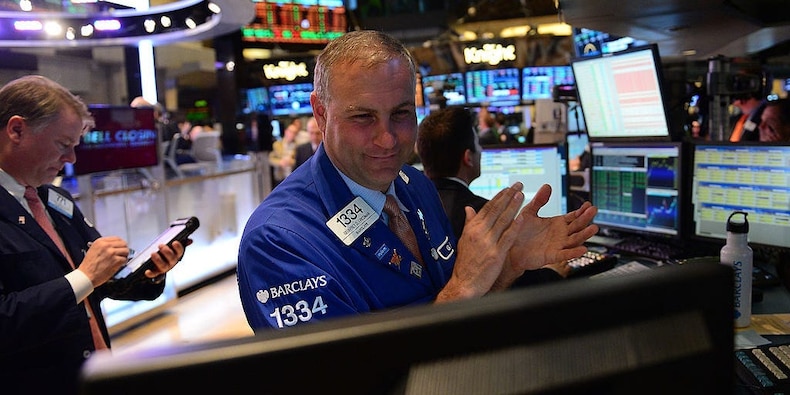 Global stocks eyed an upbeat end to the week on Friday, trading near record highs ahead of the highly anticipated monthly update on US jobs, with investors braced for another possible surprise after April's big miss.

S&P 500 and Nasdaq futures were last up 0.04% at 4:22 a.m. E.T., but Dow Jones futures were 0.03% lower. On Thursday, US stock markets closed lower after a strong ADP reading of a 978,000 increase in private payrolls, and as initial weekly jobless claims fell to a post-pandemic low. The ISM services and manufacturing index rose.

The positive economic indicators lead into Friday's reading on US nonfarm payrolls in May, which analysts are predicting to be a much stronger read than for April. Last month, investors were surprised by a sharp slowdown in hiring, which left many uncertain whether the huge miss was a fluke or a sign of drag in the economic recovery.

While the consensus reading is 650,000, according to reports, Deutsche Bank analysts are expecting the jobs data to reflect an increase of around 800,000. They anticipate the US unemployment rate will fall to a post-pandemic low of 5.9%.

Concerns about inflation and an overheating economy will however persist, Jim Reid, research strategist at Deutsche Bank said in a note.

"Even if the +800k jobs growth were realised, that would still leave nonfarm payrolls more than 7m beneath their pre-Covid peak, which would back up Fed Chair Powell's argument that he wants to see a 'string' of good jobs numbers before the Fed starts to pare back its support." he said.

European markets inched lower early Friday. The German DAX was last down 0.03%, the Euro Stoxx 50 slipped 0.11%, and the UK's FTSE 100 declined 0.25%. Travel and leisure stocks in the UK lost ground after the government trimmed Portugal, a key vacation destination for British tourists, from its Covid-safe travel list.

Despite economic indications of post-pandemic recovery in the UK, many sectors are still struggling, Michael Hewson, chief market analyst at CMC markets commented in a note. "This week's PMIs have … shown a sharp rise in inflationary pressures, as higher costs due to supply and demand imbalances prompted the biggest rise in prices since 1996," he said.

On Thursday, President Biden signed an updated order banning US investment into 59 Chinese military and surveillance companies, which put pressure on individual stocks on the list.

Oil prices continued to rise on Friday after reaching their highest levels in two years earlier in the week. Brent crude was last trading at $71.71 per barrel, up 0.56%, while WTI crude gained 0.58% to reach $69.21 per barrel.