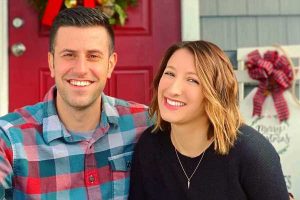 It was July 2020 and the walls of Brittany Cormier and Nick Chaves’s Cambridge, Massachusetts, rental were closing in – pandemic style.

“We were so sick of looking at the four walls, sick of being so close together, we were both working from home. It was just so tight,” Cormier said of their 700-square foot apartment. “And at that point, we were just ready to put our money into a house and stop paying someone else’s mortgage.”

The couple’s first stop? Their hometown bank to get a mortgage preapproval letter, a document issued after a lender examines a buyer’s ability to pay. It signals to the seller that buyers, particularly first-time purchasers like Cormier and Chaves, both 30, are able to secure a loan.

“In our minds, we had to have it no matter what,” Cormier said.

After a careful search, Cormier and Chaves happily closed on their new home in Lynnfield, a town 15 miles north of Boston. Before each offer, their lender and agent reworked preapproval details. Once their long hunt was over, the couple moved quickly, Cormier said.

Nationwide, there were four offers per home sold on average in February, according to the National Association of Realtors. At the same time, mortgage interest rates – while still near historic lows – are climbing as the country starts to emerge from the pandemic and the economy improves.

A preapproval letter, or its less intense cousin, a prequalification letter, is now essential, experts say.

“If you don’t have a letter in hand when you go out shopping for a house, you might as well just not do it,” said Christine Johnson, a real estate agent in Kansas City, Missouri. “Because if you write an offer without a lender letter, nobody’s going to take you seriously.”

Here are five things to consider before going for a preapproval:

1. Check out your credit report

Check your credit report to clear up any errors, which can take time. You can request it for free once a year from AnnualCreditReport.com.

“If there are any errors, dispute those to the credit bureau to get those corrected,” said Greg McBride, Bankrate’s chief financial analyst.

Private, or non-government backed lenders, often require a minimum credit score of 620 for a mortgage, according to Bankrate. The higher your score, the lower the interest rate lenders tend to offer.

If your credit score is lower than 620, don’t give up. You may qualify for a guaranteed loan from a government-backed agency like the Federal Housing Authority or Veteran’s Administration.

There are two kinds of letters – prequalification or preapproval. Individual lenders set their own criteria, so be sure and ask what the process entails, the federal Consumer Finance Protection bureau advises.

Prequalification is a lender’s less-invasive look at your ability to pay, sometimes relying on information or estimates you provide the lender.

If you want an initial idea of what you can afford, prequalification can be a good first step, advises Teri Williams, chief operating officer of OneUnited Bank, the largest Black-owned bank in the country.

“As you get closer or you’re more focused, and think ‘I’m going to buy something within the next three months,’ then you might move to a preapproval,” Williams said.

For approvals, a more thorough examination of your ability to pay, lenders perform what’s called a hard credit inquiry. So having your documents at the ready will help..

“Most lenders do most of the work that they would do on a normal mortgage approval process,” said McBride. “They check your credit, verify your pay stubs, your tax returns, they’ll likely verify employment with your employer. They’ll evaluate your other assets as well as debts and calculate your debt ratios.”

If you’re comfortable using a computer, use online affordability calculators and other tools, like mortgage rate comparisons, to gather information before you contact a lender, BancOne’s Williams advises.

While lenders are happy to walk customers through each step, coming armed with the right information can build a buyer’s confidence.

“In this process, you are the boss,” Williams said. “And you should have that confidence. Really ask questions and push people, because no one’s doing you a favor by giving you a home loan. You are giving them good business.”

5. Consider your monthly and long-term budgets in detail

Dara Baker, an archivist who purchased a townhome in Columbia, Maryland, this month, said she considered every possible expense buying and living in a new house might entail.

“I had a really clear, hard number on expenses of how much I was willing to spend a month for everything including the mortgage, the insurance, any HOA and also including my utilities,”  says Baker, 45. “Having that number in mind when I was looking at properties, and where I was going to be, made a huge difference in what I ended up with and the affordability.”

That’s good practice, said Mary DelRossi, the Massachusetts-based real estate agent who helped Cormier and Chaves. She tells clients to “take a breath,” if they’re tempted to offer a seller the maximum a preapproval allows.

“Are you still going to be able to travel – which none of us can do right now – or eat?” DelRossi said. “You want to enjoy life and not just live for your house.”

Lenders typically tie mortgage loans to monthly payments under 28% of a borrower’s gross income, or income before any expenses, McBride noted.

As millions lost their jobs last year amid the pandemic, lenders began verifying employment two to three times before a final mortgage was written, sometimes on the day the transaction was set to close, McBride says.

“Don’t quit your job, don’t go buy a new car. Don’t even go out and buy a bunch of new furniture on credit,” McBride says.

Those kinds of purchases – even paying off credit card debt – can be a red flag, noted Johnson, the Kansas City real estate agent.

“Call the lender first,” Johnson said. “Don’t do anything without talking to them until the loan closes because it’s so sensitive.”