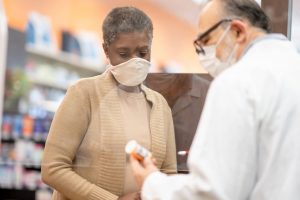 If you're using Medicare and haven't yet reviewed your prescription drug coverage for next year, now's the time to do it.

Because plans make changes every year that take effect Jan. 1, evaluating your options during Medicare's fall open enrollment could save you from financial strife. While you aren't required to take any action — your current coverage generally would continue into next year — doing nothing may end up costing you more.

"It may be that the drug plan you're on is the best for you," said Kevin Heath, owner and head broker for insurance firm MTD Benefits. "But not to shop it is just not smart because you don't know until you know."

The window to make changes to your Medicare coverage opened Oct. 15 and will close Dec. 7.

During this time, beneficiaries with basic Medicare (Part A hospital coverage and Part B outpatient care) can add or switch standalone Part D prescription plans or enroll in an Advantage Plan (Part C), which typically includes Part D coverage. Individuals already with an Advantage Plan can switch to another or drop it and return to basic Medicare.

Getting prescription drug coverage through Medicare is optional. However, if you fail to sign up when you first qualify for coverage at age 65 and change your mind later, you'll face a life-lasting penalty unless you meet certain exclusions (i.e., you receive acceptable coverage through a union or employer).

For 2022, the average Medicare beneficiary can choose from 23 standalone drug plans and 31 Advantage Plans with drug coverage, according to the Kaiser Family Foundation. The number of standalone plans for next year is down 23% from 2021 due to some consolidation among insurers' plans.

"One thing we've seen a lot these last couple of years is an insurance company closes one plan and transfers all of the members of that plan into a different one that could be considerably more expensive," said Danielle Roberts, co-founder of insurance firm Boomer Benefits.

"If you didn't review your annual notice of change, you might not find that out until January when you get your first bill," Roberts said. "By then, it's too late to change your Part D drug plan."

Additionally, each plan assigns individual drugs to different tiers, with tier one generally being the least expensive and tier five costing the most. From year to year, various drugs may move from one tier to another in any given plan — which makes it important to check where your prescriptions fall for 2022.

"Medications that were in lower tiers this year could be moved to higher tiers and vice versa," said Elizabeth Gavino, founder of Lewin & Gavino and an independent broker and general agent for Medicare plans.

"And some plans may no longer be covering a medication in 2022 that was previously covered," Gavino said. "You wouldn't want to be surprised."

Be sure to look at the pharmacies included in the plan as well. Some are "preferred" — meaning your medicine will be less expensive there than at a "standard" pharmacy, said Heath, of MTD Benefits.

The estimated monthly premium for Part D plans is projected to be $43 next year with a maximum deductible of $480, according to the foundation.

Keep in mind that beneficiaries with modest incomes and assets may qualify for help paying premiums and other cost-sharing through Medicare's low-income subsidy program.

On the other hand, higher-income beneficiaries pay a monthly surcharge for Part D coverage (as well as for Part B). In 2021, those charges affect singles with income above $88,000; for couples, it's $176,000. (The exact amounts for 2022 have not yet been announced by the Centers for Medicare & Medicaid Services.)

Sometimes, you can find medicines at a cheaper cost than through your plan, such as with a free drug-discount card. However, if you go this route instead of through your insurance, your plan won't count the medicine's cost and your copay toward your deductible or other calculations it uses to determine your share.

The best way to see all your options for drug coverage is to use the online Medicare plan finder. You can enter the medications you take and the dosage, and the plan finder will rank your options.