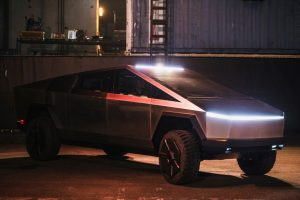 After a down year, the auto industry seems to have come roaring back in 2021, with car companies enticing buyers with some interesting new offerings. A few of these, however, may be too “interesting” for some. For instance, Tesla’s Cybertruck looks like nothing else on the road. The electric truck is made of stainless steel, has a triangular roof, and a covered bed with a top that unrolls for storage, making it completely unique and a little odd-looking.

Automakers are always innovating, coming up with new designs and concepts. Though at first some designs may seem strange, it is the test of time that eventually determines if they become accepted or remain too strange for buyers to adopt. For many of these vehicles, designers either packed too many concepts into one car, conceived of vehicles that were ahead of their time, or simply fashioned too ugly a car.

24/7 Wall St. looked at some of the most unique and outrageous vehicles ever made available to the public to determine history’s strangest car designs.

In some instances, the car itself was innovative but lacked financial and marketing backing to succeed. The Tucker 48 featured disc brakes and four-wheel independent suspension, but as an upstart going against Detroit’s Big Three car makers, the Tucker couldn’t get into gear.

Some of the cars on this list may have failed but still percolate in the public’s memory. The Ford Edsel will forever be known as a marketing nightmare for the company.

The problem with other vehicles on this list is that they were simply unattractive. The Pontiac Aztek looked like its back end had been sawed off, and the AMC Pacer was a fishbowl on wheels.

Then there were cars that were dangerous. The Ford Pinto’s rear fuel tank exploded whenever it was rear-ended, leading to numerous deaths. The Pinto is known as one of the deadliest cars in American history.

Perhaps more than anything, these failed cars demonstrate auto manufacturers’ willingness to innovate — whether in design or function — and cut their losses quickly when they fail. In fact, America’s automotive history is dotted with intriguing concept cars that auto executives decided were just too strange to manufacture at scale and then sell. These are the most intriguing concept cars that never saw the light of day.