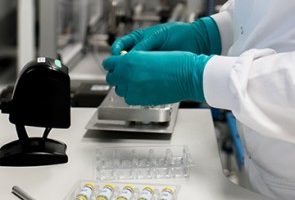 The 100-page safe return-to-work agreement between Hollywood’s unions and management’s AMPTP have been extended before, and probably will be extended again this week, but that will require cooperation between the AMPTP and all of the signatory unions, including IATSE, which is currently locked in a bitter contract dispute with producers and is threating to strike film and TV productions across the country.

Labor and management agree that the protocols have enabled jobs and productions to rebound during the pandemic, while making film sets among the safest workplaces in America. But if an agreement to extend or modify the protocols cannot be reached, all of its testing, masking, disinfecting and social distancing requirements automatically will expire on September 30, as will its Covid vaccination mandate, whether IATSE strikes or not.

If IATSE strikes, that too would jeopardize the continuation of the protocols because its provisions apply to all of those employed under union contracts, including “all collective bargaining agreements that a producer has with the IATSE or an IATSE local union for motion picture production throughout North America.”

IATSE’s main film and television contracts – its Basic Agreement for shows shot in Los Angeles and its Area Standards Agreement covering shows filmed outside of L.A. – expired September 10, though the union has told its members that they should continue to work under its terms “until further notice.” If the union goes on strike, however, those terms – and the Covid protocols that are attached to them – no longer would be in effect.

The union’s pay TV contract, covering HBO, Showtime, Starz, Cinemax and BET, and its low-budget theatrical film contract, don’t expire until next year, so they wouldn’t be shut down by a strike, but their Covid protocols for IATSE crews also would lapse if the protocols are not extended.

Established in September 2020 in an agreement between the AMPTP and Hollywood’s unions – the DGA, SAG-AFTRA, IATSE, the Teamsters and the Basic Crafts – the protocols originally were set to expire on April 30, when they could be modified as medical advances allowed.

The protocols were extended on April 30, with no major modifications and contained all of the original agreement’s provisions, including strictly enforced testing regimens, physical distancing, Covid-19 compliance officers, diligent use of personal protective equipment and a “Zone” system to ensure that different sections of productions are tightly controlled based on proximity to cast, who often can’t wear masks or maintain social distancing while working.

Covid vaccinations had by then become widely available but could not be mandated by producers as a condition of employment until July 9, when the protocols were extended until Sept. 10, and modified to give producers “the option to implement mandatory vaccination policies for casts and crew in Zone A on a production-by-production basis.” Zone A, where unmasked actors work, is the most restrictive of the safe work zones on sets.

Allowing the protocols to lapse could make productions less safe for casts and crews, and much less expensive for producers. Extending them, however, offers IATSE and the AMPTP one last opportunity to find common ground before a potential strike that both sides have said they’d like to avert if possible.