Home » Business » How the Delta variant could actually help the economy

How the Delta variant could actually help the economy 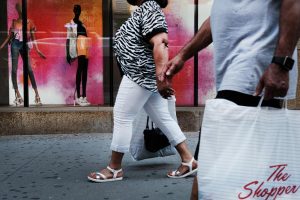 Mark Zandi is chief economist of Moody’s Analytics. The opinions expressed in this commentary are his own.

The US economy’s immediate prospects appear inextricably tied to how the wave of infections and hospitalizations set off by the Delta variant of Covid-19 plays out. While it seems unlikely that the variant would become so disruptive that it undermines the recovery, there are mounting reasons to be worried that it may become a significant headwind to near-term economic growth.

Consumers are increasingly nervous about the variant, sparking concerns they will turn more skittish in their spending. Retail sales for July declined, while the University of Michigan’s survey of consumer sentiment pulled back sharply in early August and is now lower than it was during the worst of the pandemic last spring. Spiking inflation isn’t helping consumers’ moods. The timing of the slump in sentiment and spending coincides with news stories of overwhelmed hospital systems in Florida and Texas, more serious illness among younger populations, and increasing breakthrough infections among those fully vaccinated. 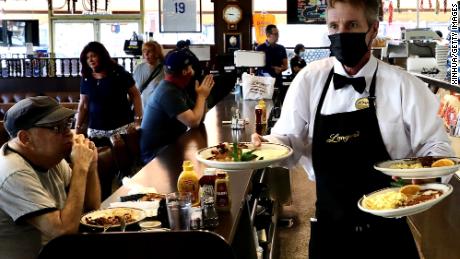 Businesses have also suddenly become more nervous. According to Moody’s Analytics weekly business confidence index, sentiment had significantly improved this spring when vaccinations ramped up and the pandemic was steadily winding down. But it has gone sideways since mid-June. Businesses’ assessment of current conditions has turned particularly soft in the past few weeks, with more survey respondents saying conditions are weakening than those that say they are improving. This is the first time this has happened since the vaccines became widely available.

Businesses’ expectations regarding the economy’s prospects for the remainder of this year have also diminished significantly. The number of respondents that say the economy will continue to improve has declined from more than 60% to less than half, and those that say the economy will weaken has increased from near 30% to more than 40%. This hasn’t impacted businesses’ hiring and investment decisions yet, according to our survey, but it bears close watching, as the job market and broader economic recovery would be in jeopardy if businesses pull back on hiring and investments.
The Back-to-Normal Index Moody’s constructs with CNN Business has wilted since peaking in late June. The index, a compilation of government statistics and third-party data, including Google mobility, the number of people going through TSA airport checks, and OpenTable restaurant bookings, measures how far the economy is from its pre-pandemic performance. In mid-August, the index fell from its late June high of 93.5% of normal to 92%.

Leading the decline are states with low vaccination rates and outsize increases in infections and hospitalizations, the most notable being Florida, which topped out at more than 101% of normal in late June but has since slipped to less than 97%. There is a clear divergence in recent weeks in the Back-to-Normal Index for states with high vaccination rates, where economies continue to get back to normal, and states with low vaccination rates that are struggling with more infections and hospitalizations and weakening economies.
The Delta variant should also serve as notice that there will likely be more variants that may be more contagious and virulent. The higher the percentage of the population that remains unvaccinated, the more likely this will happen. And it’s not difficult to construct dark scenarios in which the next variant largely alludes our existing vaccines. This would be tough to bear, jeopardizing the economic recovery. 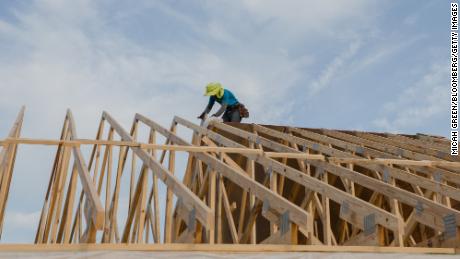 However, I remain optimistic regarding the economy’s short- and long-term prospects, and I’m not alone. Most economists and investors remain upbeat. Pent-up demand, along with excess saving built up while we were sheltering in place, are both fueling growth. So is consistent support from the Federal Reserve, which has left low interest rates in place, and from the federal government, which has provided aid via the American Rescue Plan. The economy is on track to create millions of jobs over the next couple of years, which would bring the US back to full employment by spring 2023, three years after the pandemic first struck.
But this optimism, of course, assumes that the Delta variant doesn’t continue to intensify, overwhelming hospital systems in more places and forcing households to shelter in place again, schools to go back online, restaurants and other venues to scale back operations, or office workers to remain at home. The hope is that if more Americans get vaccinated, the Delta variant will fade, and the strong economic recovery will stay on track.
Source: Read Full Article