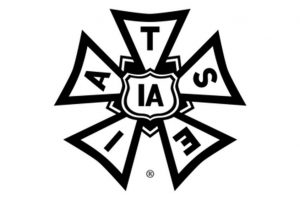 IATSE leaders say they remain “very far apart” on a wide range of issues in their negotiations with management’s AMPTP for a new film and TV contract.

“After more than six weeks of negotiation over a period of four months, it remains clear that the employers are unwilling to resolve our priority issues – living wages, reasonable rest, meal breaks, sustainable benefits and streaming – aka ‘not so new media,’” IATSE president Matthew Loeb and leaders of the union’s 13 West Coast studio locals said today in a message to their members.

“Despite first person testimonials, specific examples and our multiple counter proposals in response to the employers’ stated concerns, we remain very far apart,” they said. “We have made some progress, but the employers have indicated they have done all they need to do.”

The current contract, which had been set to expire on July 31, was extended to Sept. 10 to allow time for the producers and Hollywood’s unions to work out an agreement on guidelines for mandatory Covid-19 vaccinations.

“We are fighting for core union principles: a living wage for the lowest paid among us, health and safety for those members who suffer abuse working unsafe hours or days without breaks, and the fulfillment of an unkept promise to share streaming success,” the union leaders said. “We continue to be ready, willing, and able to reach consensus with our employers on these issues. However, if the employers refuse to engage in substantive negotiations, refuse to change the culture by managing the workflow, and refuse to put human interests before corporate profits, the failure to reach an agreement will be their choice.”