India looks to tighten its grip on cryptocurrencies and ecommerce players 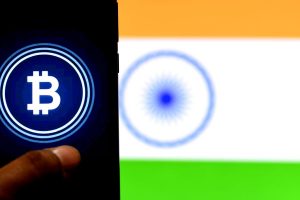 The Indian government is eyeing regulations for both cryptocurrency and ecommerce, potentially bringing major changes to the two burgeoning industries. 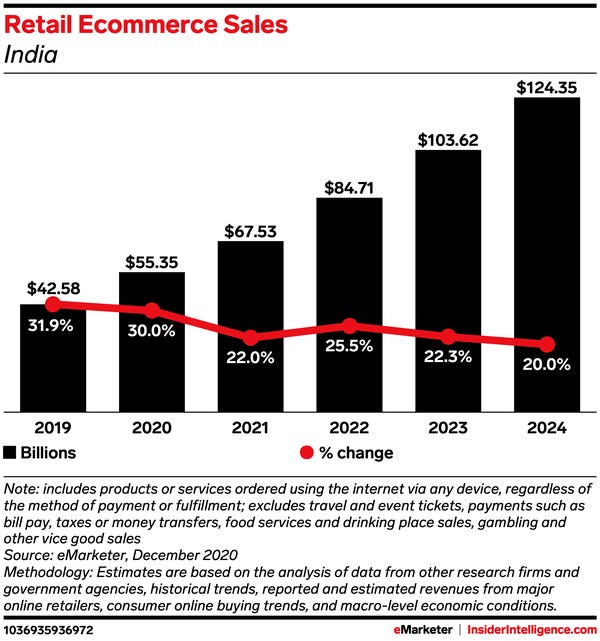 Here’s what you need to know:

India has been digitizing its economy in recent years, making it a hotspot for payment providers and ecommerce players. This transition has been propelled by the increasing availability of smartphones and high-speed connectivity in the nation: In 2018, India had 560 million internet subscribers, and that base is expected to hit between 750 million and 800 million by 2023, per a McKinsey report.

And the coronavirus pandemic likely helped push India to digitize its economy as more consumers adopted offerings like contactless payments—thanks in part to growing players like Paytm—as well as ecommerce, which surged 30% year over year (YoY) in India in 2020, according to eMarketer forecasts from Insider Intelligence.

As a result of the ongoing digital shift, crypto exchanges have risen in popularity in India throughout the last year. And in terms of ecommerce, players have sought to ramp up expansion efforts: Amazon, for example, announced a $1 billion investment in early 2020 to grow its Indian operations.

The Indian government is hoping to funnel that demand into its own cryptocurrency framework instead. Meanwhile, India’s proposed ecommerce measures could promote fair competition and give more local sellers a chance to prosper—but could make it more difficult for players such as Amazon to operate freely in the market.