Home » Inside the massive WarnerMedia-Discovery media marriage: The bankers and lawyers who played key roles, and how it came together

Inside the massive WarnerMedia-Discovery media marriage: The bankers and lawyers who played key roles, and how it came together 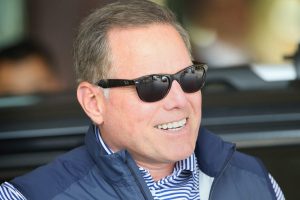 Some of Wall Street’s biggest stars were tapped to help hammer out the deal between AT&T’s WarnerMedia division and Discovery, which was announced on Monday.

A flashy battalion of big-name bankers from some of the Street’s top technology, media, and telecom advisory shops came together to work on the deal, which will create an entity valued at roughly $130 billion including debt. Powerhouse attorneys from white-shoe law firms including Sullivan & Cromwell and Debevoise & Plimpton also helped along the way.

AT&T acquired what became WarnerMedia for $85 billion less than three years ago. The latest deal will merge WarnerMedia’s suite of big-name brands — including HBO, CNN, and film studio Warner Bros. — with Discovery’s conglomerate of television channels like HGTV, Food Network, OWN, and Animal Planet, among others.

AT&T will retain a 71% stake in the newly-combined business in a tax-free deal structure known as a Reverse Morris Trust, a move likely to be favored by AT&T bosses who are already looking to pay down mountains of the company’s debt.

The transaction is expected to close in mid-2022, the two media companies said, pending regulatory approval.

Aryeh Bourkoff, the renowned telecoms banker and founder of LionTree Advisors, played a key role in advising AT&T, along with counterparts at Goldman Sachs led by Kurt Simon. Bourkoff has an extensive history with AT&T, having covered the firm’s stock when he started his career as an equity research analyst.

Bourkoff has grown to become a formidable dealmaker in the space. Most recently, LionTree served as the lead financial advisor to Apollo in its $5 billion bid to acquire Verizon Media.

An outdoor meeting between Bourkoff and AT&T CEO John Stankey at the end of September 2020 in New York City laid the groundwork for Monday’s announced deal.

By February, interactions between the top brass at Discovery and AT&T had begun to progress. David Zaslav, CEO of Discovery, sent a text message to Stankey in February lamenting that they wouldn’t be able to see one another at a golf tournament in California due to the coronavirus pandemic.

That led to a two-hour discussion setting the stage for further talks. On April 1, Stankey visited Zaslav in his brownstone in Greenwich Village in New York City where they met face-to-face to talk through the structure of the merger, a source familiar with the matter told Insider.

The two media bosses unpacked topics like what the combined company would look like, how Discovery’s multiple classes of shares could be consolidated into a single class with one vote per share (which the company said it would do on Monday), and what the substantial debt contribution to the deal would look like.

Post-meeting, Stankey called Bourkoff, and the banker and his team began to outline next steps on the deal, including sharing information between parties, key to doing the legwork that would help craft the transaction that was announced on Monday. Throughout the process, most of the discussions took place over the phone, as opposed to Zoom.

Allen & Co., a tight-lipped elite boutique bank known for its discrete advisory services on some of the world’s top-shelf tech deals, advised Discovery, alongside bankers from JPMorgan Securities. Goldman Sachs and JPMorgan were also key to financing the deal.

Meanwhile, Perella Weinberg Partners advised the independent members of the board of directors of Discovery and RBC Capital Markets advised Advance, a minority stakeholder in Discovery.

In addition, billionaire business magnate John Malone “was key behind the scenes” in advising Zaslav throughout the course of the deal, according to a person familiar with the matter. Malone ran the telecoms behemoth Telecommunications, Inc. until 1999, and now sits on Discovery’s board.

Under the structure of the deal, Advance will have two of Discovery’s six board seats in the newly-combined venture, with the other seven held by board members representing AT&T’s side of the deal. According to the 13D filing, Steven Miron, CEO of Advance, and Steven Newhouse, its co-president, will sit on the board on the new entity.

In doing the deal, “they’ve basically created a global entertainment powerhouse” transcending a number of categories and verticals, a second source familiar with the deal terms told Insider. “I don’t think they could have created it and unlocked that kind of value if AT&T owned it.”

Roughly $56 billion of financing for the deal is in the form of debt.

Goldman Sachs and JPMorgan are committing $41.5 billion through unsecured bridge loans. The banks are expected to invite other lenders to participate in the bridge financing in the coming days, according to several bankers familiar with the situation.

The loans are expected to be paid back through debt issuances in the bond market or through term loans, the sources said. AT&T may also raise a portion of debt to pay itself a dividend before finalizing the spin-off.

Banks expect Goldman and JPMorgan to attempt to syndicate the debt among other Wall Street firms, people familiar with the matter also told Insider. Citigroup, for instance, is an administrative agent to AT&T, so it may be invited into the syndicate.

The debt could be syndicated far and wide across a number of banks, given the size and scope of AT&T and its relationships across the banking sector, sources added.

According to data from Refinitiv, AT&T’s $41.5 billion in bridge loans is the third-largest transaction of its type in the US.

Beer brewer AB InBev’s $75 billion loan that funded its merger with peer SABMiller in 2015 is the largest so far, followed by a $61 billion bridge loan for Verizon Communications’ $130 billion purchase of Verizon Wireless in 2013.

Sullivan & Cromwell and Debevoise & Plimpton also advised on the transaction

No deal gets done without an army of lawyers, and AT&T and Discovery both went with firms they’ve worked with before.

Big law firms’ corporate departments — which help bang out terms and ensure compliance with securities laws and marketplace rules — leverage their expertise in taxes, intellectual property, and executive compensation to get deals through.

Sullivan & Cromwell has a long history with AT&T. Eric Krautheimer, one of two lead corporate partners involved, advised AT&T on deals for decades, going back to its days as SBC Communications. He also advised on its acquisition of Time Warner, according to his bio.

Melissa Sawyer, the other corporate partner on the deal, leads Sullivan & Cromwell’s corporate governance and activism practice. She also worked on AT&T’s divestment of DirecTV and has helped blue-chip clients like UnitedHealth through complex M&A, joint ventures, asset sales, and commercial agreements, according to her bio.

Discovery also went with a familiar group of lawyers it knew from Debevoise, led by Jonathan Levitsky, Sue Meng, and Jeffrey Rosen.

Three years ago, Levitsky, a corporate partner, helped Discovery snap up Scripps Networks Interactive, the parent company of HGTV and the Food Network, for $14.6 billion. He also represented the company in an investment in Lions Gate Entertainment.

Rosen, who leads Debevoise’s corporate department, and Meng, a corporate partner, have represented AT&T’s biggest rival, Verizon, in numerous deals over the years, including its 2020 acquisition of BlueJeans, a videoconferencing platform that saw a pandemic-fueled boost.

Two other white-shoe firms also got a piece of the action, according to AT&T’s announcement of the deal, with Paul Weiss’s Robert Schumer, Ariel Deckelbaum, and Cullen Sinclair representing Advance and Wachtell Lipton Rosen & Katz advising Discovery’s independent directors.