Home » Is another stimulus check coming? Maybe if you live in California and make less than $75K.

Is another stimulus check coming? Maybe if you live in California and make less than $75K. 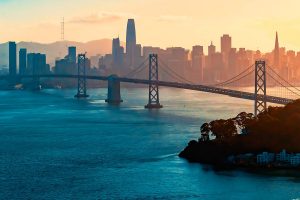 Congress hasn’t approved a fourth stimulus check, so California may send its own round to most of the state.

The proposal, just one part of Governor Gavin Newsom’s $100 billion “California Comeback Plan,” has not yet become law. But Newsom hasn’t wasted any time in selling his plan to millions of Californians.

Responding to a tweet saying Americans were wondering if more financial aid was coming, Newsom confidently said: “In California — the answer is YES.”

“$600 checks are coming to 2/3 of Californians. And if you have a kid, you can benefit from an additional $500,” Newsom said on Twitter Tuesday.

In another social media video, Newsom explained the plan behind a label reading: “More $600 checks are COMING!”

Previously, Newsom acknowledged the plan will need the support of the state’s Legislature to pass but said his office was optimistic that lawmakers’ “values are aligned,” on the proposal — an expansion of the state’s previous Golden State Stimulus, which first targeted low-income residents for payments.

At the federal level, Congress has authorized three waves of direct payments since the COVID-19 pandemic began in spring 2020. Dozens of members of Congress have said they support ongoing stimulus payments, but neither chamber has approved a fourth payment.

Here’s what to know about stimulus checks for Californians:

How much money would Californians get in a stimulus check?

The proposed tax rebates would be up to $1,100. Individuals would get $600 and families with dependents would get an additional $500.

Who would get the checks?

Roughly 11 million Californians would see direct, one-time payments under the plan, which targets middle-class Californians. Newsom says that’s 78% of all tax filers in the state.

The checks would be offered “regardless of immigration status,” Newsom said Monday.

How would California pay for the stimulus checks?

They would be funded by an astonishing budget surplus of nearly $76 billion, Newsom said.

A law passed by voters in the 1970s requires the state to give some money back to taxpayers if the surplus hits a certain limit. The state estimates it will be $16 billion over that threshold.

What are critics saying?

Even supporters of the effort have labeled it the “Recall Refund,” a reference to the ongoing effort to recall Newsom following backlash for his handling of the pandemic.

“I am generally supportive of what many are calling the ‘Recall Refund,’ ” tweeted Republican Assemblyman James Gallagher. “It’s really the least the Newsom could do considering the devastation caused to jobs and small businesses.”

Kevin Faulconer, a former San Diego mayor who supports the recall effort and has announced he is seeking to replace Newsom, said the state would be better off cutting taxes rather than sending tax rebates.

The budget surplus puts Newsom in a prime political position, said Eric Schickler, a political science professor at the University of California, Berkeley. It’s a better position when “you’re able to give out surplus to millions of voters than in a mode of cutting the budget, raising taxes, asking for sacrifice,” he said.

Are other states sending stimulus checks?

Newsom’s proposal claims to be the biggest state-funded stimulus, but it’s not unprecedented.

Nearly 425,000 Marylanders were eligible for payments under the state’s RELIEF Act this winter. Families received $500 and individuals received a one-time payment of $300. The program targeted low- to moderate-income workers.

As long as they have the funds to cover the payments, other states could follow suit. However, many southern states have recently moved to slash pandemic relief benefits, rather than extend them.

Alabama, Tennessee and Missouri all moved this week to roll back federal unemployment benefits, fearing the funds were keeping qualified workers from seeking jobs.