Home » Business » Jim Cramer: Micron practically carried 'the whole market on its back' Tuesday after its strong quarter

Jim Cramer: Micron practically carried 'the whole market on its back' Tuesday after its strong quarter 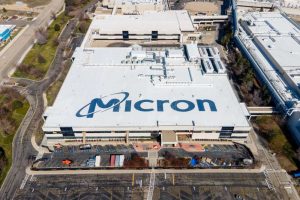 "Because Micron's in everything, the positive pin-action lifted a ton of stocks," including technology behemoths such as Amazon and automakers like Ford Motor, the "Mad Money" host said.

Micron, which makes memory chips that are used in data centers, PCs, smartphones and vehicles, reported better-than-expected quarterly revenue and earnings after Monday's close. Its stock jumped 10.5% Tuesday, as investors cheered those results and its upbeat forward guidance.

"In this business, you need truth telling tentacles, and Micron is the one that has almost all of them," Cramer said. For example, Micron CEO Sanjay Mehrotra touted the strength of the company's data center business.

"That's fantastic news for Amazon Web Services, for Microsoft's Azure, for [Alphabet's] Google Cloud and even IBM," Cramer said. Each of those companies saw their stocks finish in the green Tuesday.

"And when data centers are booming, then you know what that means. It's time to buy AMD, Nvidia and [Marvell Technology], the latter of which just reported a big number and is way down from its highs," Cramer said.

Tom Lee, the strategist who has correctly guided through the pandemic, sees more gains next year

Goldman sees more volatility ahead, but has a market-beating portfolio of stocks to ride it out

Mehrotra's optimistic 2022 outlook on the non-memory chip shortage alleviated some fears on the Street surrounding the auto sector, Cramer said, after the industry was forced to limit vehicle production in recent months.

"Of course, most investors just care about Apple … not its suppliers," Cramer said. "My goal, though, is to show you how far-reaching Micron is that it could practically carry the whole market on its back," particularly mega-cap tech stocks.

Sign up now for the CNBC Investing Club to follow Jim Cramer's every move in the market.