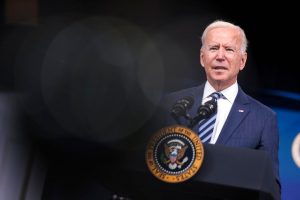 The pace of job growth slowed considerably in August, in what was seen as a sign of the impact of a new uptick in Covid-19 cases throughout the country.

While that is still significant job growth, it’s far less than analysts had expected, and a drop from 1.1 million jobs added in July and 962,000 in June. Employment in retail declined over the month, while jobs in retail and hospitality were essentially unchanged, according to the Bureau of Labor Statistics. Some 36,000 jobs were added in arts, entertainment and recreation, but that was offset by a 42,000 loss in jobs in restaurants and bars.

President Joe Biden will address the latest numbers on Friday morning, but he is expected to call for passage of his infrastructure proposals as a way to stimulate the economy. That’s a counter to fears of inflation.

New York Times columnist Paul Krugman, reacting to the jobs numbers, wrote on Twitter, “Tell me again about how we were providing way too much stimulus and the economy was going to drastically overheat.”

Still, Jason Furman, who was chairman of President Barack Obama’s Council of Economic Advisers, wrote on Twitter that “most striking is how tight labor markets seem to be. Average hourly earnings were up 0.6% in a single month. That is an incredibly fast pace–if it was repeated every month for a year would be 6.9% wage growth. It is double the pace of the first seven months of the year.”

He added, “In terms of the future, I don’t know. There are so many openings, so much consumer demand, & so much desire for normalcy that my guess is we continue to make progress at a pace between the blistering progress of July and the mixed progress of August. But that is a guess.”