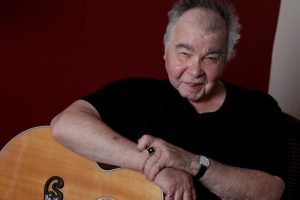 “It just feels so wonderful,” Fiona, who accepted the award along with the couple’s three sons from their Nashville home, said backstage. “I feel John’s presence today very strongly.”

Fiona noted that her late husband’s wins were making a joyous stir on social media.

“He was absolutely lovable. Even at his most irritating he was lovable,” said Fiona. “He had this remarkable unique talent and his songs are a testimony of that. I often tell people if you want to know the story of John Prine, start reading the lyrics of the first song and go all the way to ‘I Remember Everything.’ “

The couple were married for 24 years, and Prine died the day after the couple’s 24th anniversary.

Prine’s son Jody Whelan — who runs his father’s independent record label, Oh Boy Records — said there were plans to celebrate John’s career “with everyone in Nashville … as long as it’s safe.”