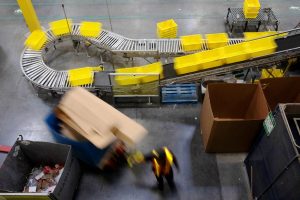 New York (CNN Business)America’s stores are having trouble bringing on staff to meet growing demand from customers as the US economy regains steam. So they’re turning to an incentive less commonly deployed in the retail industry: sign-on bonuses for new hires.

Amazon (AMZN), Ollie’s Bargain Outlet (OLLI), Tops Markets supermarket chain, Sheetz convenience stores and many smaller stores are offering such one-time payments to sweeten job offers to new workers. Sign-on bonuses can be more attractive for some employers than raising wages because bonuses are not permanent and ultimately cheaper, said Andrew Challenger, vice president at executive outplacement firm Challenger, Gray & Christmas.
Executive search firm Korn Ferry found in a survey of more than 50 major US retailers in late April that 94% said they were having difficulty filling vacant roles. Twenty-nine percent said they had implemented a sign-on bonus to help in hiring, while 32% said they had a referral program. 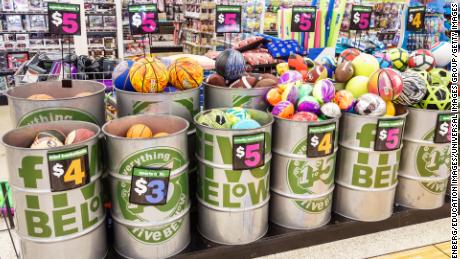 “Historically, stores have not had to do sign-on bonuses,” said Craig Rowley, senior client partner at Korn Ferry specializing in retail. “In the past, there were always enough people applying for jobs.

“It tells you how needy retailers are for staff,” he said.

Companies are searching for workers as growing numbers of vaccinated Americans head back to stores.
There were 878,000 job openings in the US retail sector in March, a 53% increase from the same month last year, according to the latest data from the Bureau of Labor Statistics. In the warehouse and transportation sector, there were 348,000 open jobs in March, a 5% increase from a year ago. Retailers are adding more warehouse and delivery jobs as online shopping becomes more widespread.
Economists, labor experts and companies say the reasons for the hiring challenges are varied, but they include difficulties workers are having finding child and family care, health and safety concerns among the workforce, and expanded unemployment benefits.
Companies hope bonuses will help them meet staffing needs and continue growing.

‘A cherry on top’

Amazon announced in May that it is hiring 75,000 people in warehouse and transportation jobs and offering sign-on bonuses of up to $1,000 in many locations. The company also said the jobs offer an average pay of over $17 an hour, higher than the company’s $15 minimum wage.
Amazon employees has offered higher sign-on bonuses for some hourly positions, too.
Robin Ray Buscaino, 22, lost his job in 2020 at a restaurant in Colton, California, and was unemployed for a year. He started working at an Amazon regional air hub in San Bernardino, California, loading and unloading cargo from planes for $16.40 an hour.
Buscaino said the $3,000 bonus Amazon was offering for the job was a deciding factor in his decision to work there.
“The bonus was a cherry on top,” he said. Other places he was looking at weren’t able to match it. 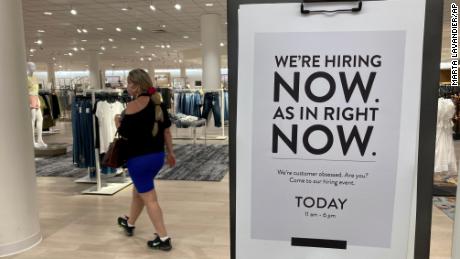 Ollie’s Bargain Outlet is giving $1,000 sign-on bonuses to staff 200 open jobs at its distribution centers. Sheetz is offering $500 bonuses for store workers and $1,000 for shift supervisors to fill 50 jobs. Tops Markets, a supermarket chain in the Northeast, is handing out $2,000 bonuses to hire around 100 workers in its distribution center.
Customer demand is “up all over the country,” said Tom Kuypers, a spokesperson for Ollie’s. “We need people for our distribution centers” to meet it.
Ollie’s implemented the $1,000 bonus last month, and Kuypers said he thinks it helped make the company more competitive in hiring and increased the number of applicants.
Grocery stores saw a surge in business last year, and many are still are looking to hire more staff.

Clint Woodman, the president of Woodman’s Markets, an employee-owned supermarket chain with 18 stores in Wisconsin and Illinois, said the company needs to hire 600 workers to give a breather to its current employees, many of whom are working overtime.
The company last week began offering up to $1,500 bonuses for new full-time workers and $500 employee referral bonuses. “We’re certainly hoping that it has a big effect so we can provide the service that our customers are used to,” he said.
Source: Read Full Article