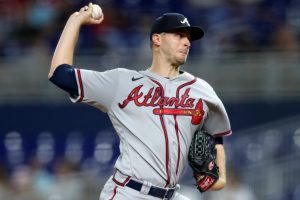 As part of a rejiggering of the Liberty universe, it is also creating a new tracking stock called Liberty Live to house its stake in Live Nation.

Liberty Live would join reconfigured Liberty Sirius XM and Liberty Formula One tracking stocks. These are specialized equities that highlight a specific division or segment of a business but where outside investors have little or no control. They became big in the 1990s and have been a hallmark of Malone, a former telco and cable titan and highly regarded investor and financial engineer. Liberty’s holdings over the years have touched much of media, including a big stake in Warner Bros. Discovery.

The Braves’ assets are also currently held in a tracking stock, which would go away.

The split calls for the redemption of Liberty Media’s existing Liberty Braves common stock in exchange for common stock of a newly formed company to be called Atlanta Braves Holdings. That would house all the businesses, assets and liabilities currently attributed to the Braves Group, including Braves Holdings, owner-operator of the Atlanta Braves Major League Baseball Club, some assets and liabilities of the Atlanta Braves’ stadium and mixed-use development project, The Battery Atlanta, and corporate cash.

The “intergroup interests” in the Braves Group held by Liberty Media’s existing Liberty SiriusXM Group and Formula One Group would be “settled and extinguished” in the split but how hasn’t yet been determined.

Liberty Media stockholders must the transactions, which is also subject to tax counsel, a signoff by Major League Baseball and a ruling by the IRS.

The split-off of the Braves can go forward even without the eventual reclassification of the tracking stocks.

Both operations, expected to be completed in the first half of next year, are intended to be tax free to stockholders.

The company made the announcement ahead of an investor meeting in New York today.