Los Angeles Qualifies For Orange Tier Reopening On Wednesday, But Will Wait 5 Days To Reopen 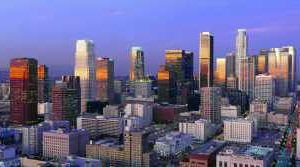 Los Angeles on Tuesday was among eight counties approved to move from the Red to the less restrictive Orange tier within California’s reopening framework. Counties are able to implement changes the day after they qualify, but L.A. health officials are opting to keep the previous restrictions in place until Monday, 4/5 out of an abundance of caution.

“Tomorrow is the magic day,” when the new tier’s rules can be implemented, Orange County Supervisor Doug Chaffee said. “We are Orange, but it’s the next day that it kicks in. It sounds like a bit of sunshine. It’s great to get out there and get onto the next tier. My goodness, keep up the good work. We don’t want to stop at Orange.”

Los Angeles County health officials cited the best practice of waiting three weeks before giving the all clear. “This week is critical, as we’re now two weeks out from when we reopened many sectors,” said L.A. Public Health Director Barbara Ferrer. “There’s a good reason for us to remain [three weeks] in a tier before moving into a less restrictive tier,” she continued, citing the virus’s incubation period.

The regions moving this week have a combined population of more than 17 million residents.

Loosening of regulations may take effect as soon as Wednesday or as late as next week, depending on decisions by local health officials, who can be more strict than state health officers. L.A. officials are waiting a few days to ensure there is no outbreak and, according to Ferrer, to allow time for businesses to prepare. She noted that L.A. will update its County Health Officer order this Friday with exact details. She expected the county to hew closely to the state’s guidelines for reopening sectors.

In all, eight counties advanced from the Red to Orange tier in the state’s reopening Blueprint. Those regions were Alameda, Butte, Colusa, Los Angeles, Modoc, Orange, Santa Cruz and Tuolumne. The move will loosen capacity limits from red-tier restriction levels and also allows a few more types of indoor entertainment businesses to open. Under state guidelines, movie theaters, for example, can progress from 25% capacity or 100 people, whichever is fewer, to 50% capacity or 200 people, whichever is fewer.

Moving to the Orange tier movement also loosens capacity restrictions in stores, houses of worship, museums, zoos and aquariums, all of which can raise their indoor capacity from 25% to 50%; restaurants, like theaters, are allowed to boost indoor capacity from 25% to 50%; and indoor gyms and yoga studios may progress from 10% to 25% capacity. Outdoor sports and live performances can also restart on Thursday with 33% capacity for those the Orange tier. Ferrer said the county would align with the state on the latter.

When it was announced on March 11 that L.A. and Orange Counties could reopen businesses as soon as March 12, L.A released its own operating guidelines, slating the reopenings to begin on March 15. Other counties, like Orange, reopened on March 12. A county must remain in a new tier for 3 weeks before moving on. Given the March 15 date and the three week rule, L.A. County officials are waiting until April 5.

The move is good news for theme parks. When Universal Studios Hollywood reopens on April 15, it will be able to do so at 25%, instead of 15%. The same is true for Disneyland when it throws open the gates on April 30. Parks will also be able to reopen indoor dining facilities to 25% capacity.