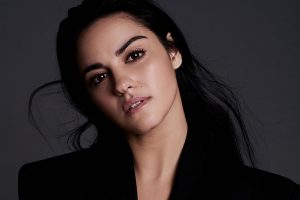 Perroni will star and co-produce original series and films for the company. Films developed as part of this deal will be produced in tandem with Pantelion Films, Pantaya’s partner company.

The deal builds on an existing relationship between the widely recognized Latin superstar and Pantaya following their multiple collaborations including leading roles in the series El Juego de las Llaves and Herederos por Accidente; and the films Un Rescate de Huevitos and Doblemente Embarazada, which she starred in and executive produced. All are currently available to stream exclusively via Pantaya.

“It’s such an honor to formalize this partnership with Pantaya and Pantelion Films, after collaborating for so many years on great projects, including the opportunity to be the Pantaya spokesperson at the beginning of their launch eight years ago,” Perroni said in a statement. “I am excited and grateful to get to work with great minds to create powerful and entertaining premium quality content for the Hispanic audience in the U.S. and around the world.”

Added Paul Presburger, CEO of Pantaya and Pantelion, “Maite is an extraordinary talent, and we are delighted to continue our successful relationship with her. This new partnership highlights the immense growth we’ve had at Pantaya as we expand our slate of content in tandem with leading talent and producers. We can’t wait to collaborate with Maite and share our new programming with our subscribers.”

Perroni—who is also a singer, producer, and songwriter— burst onto the scene while starring in the 2004 hit telenovela Rebelde that followed the adventures of 6 Mexico City students who formed the band RBD. The group, of which Perroni was a part, jumped off-screen finding international success from 2004 until their split in 2009. They reunited in 2020 virtually.

She also most recently starred in Netflix’s Dark Desire, a thriller drama series set to premiere its second and final season in 2022.

Perroni is repped by Carolina Palomo.

‘Ghostbusters: Afterlife’ Opening: We Came, We Saw, We Kicked Up $44M+