Home » Business » Mark Cuban on his cryptocurrency portfolio: 'I own a lot of Ethereum because I think it's the closest to a true currency'

Mark Cuban on his cryptocurrency portfolio: 'I own a lot of Ethereum because I think it's the closest to a true currency' 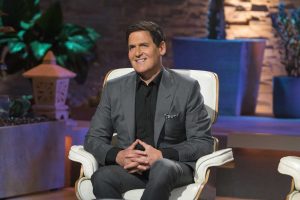 Billionaire investor Mark Cuban is bullish on the future of cryptocurrency and frequently compares blockchain technology to the early days of the internet.

That's why, over the years, Cuban held onto the few digital coins he bought in the "early days," Cuban said on a recent episode of "The Delphi Podcast." Currently, his portfolio allocation is broken down as: "60% bitcoin, 30% Ethereum and 10% the rest."

Bitcoin, created in 2009, is the largest cryptocurrency by market value, but is appealing to Cuban as a store of value rather than a currency.

In 2012, "people said bitcoin is a currency, and I'm like, 'It's just not going to work.' But, the entire time, I said it was a store of value where, if you could get people to believe that it was a better alternative than gold, because of its algorithmic scarcity, the price is going to go up," he said.

According to Cuban, bitcoin is "a better alternative to gold, and it's going to continue [to be]," he said. "That's why I own bitcoin and why I never sold it."

"What really changed everything was smart contracts," Cuban said. "Smart contracts came along, and that created DeFi [or decentralized finance] and NFTs [or nonfungible tokens]. That's what changed the game. That's what got me excited. That's why it's a lot like the internet."

He sees Ethereum as "adaptable over time" because developers can iterate and improve its capabilities, he said.

"That is more life-like, and so, I have a lot of Ethereum as well," Cuban said. "I wish I had bought it sooner, but I started buying it four years ago, simply because I think it's the closest we have to a true currency."

Cuban hasn't specifically named the rest of the cryptocurrencies he owns that represent the remaining 10%, but "there's none that I'm just all in on, other than bitcoin and Ethereum, that I look at as being an equivalent investment," he said.

In February, Cuban bought a small amount of dogecoin, a cryptocurrency that started as a joke, for his 11-year-old son, Jake. Cuban said at the time that the purchase was meant to be "fun and educational" for his son, while also helping Cuban learn more about the space.

"There's some I [buy] for fun, some I do for experience, because I just want to learn," Cuban added.

Check out: Meet the middle-aged millennial: Homeowner, debt-burdened and turning 40