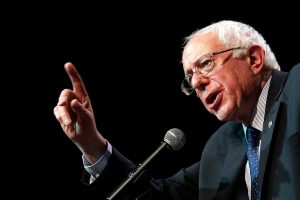 Stimulus checks have been a cornerstone of pandemic relief, helping offset financial strains brought on by COVID-19. But studies have shown that those checks only last Americans a few months, and many Democratic lawmakers want to implement recurring direct payments for a sustainable economic recovery.

Under the CARES Act signed into law in March 2020, Americans received their first $1,200 stimulus check. Then came the December $600 check, and most recently, President Joe Biden signed the American Rescue Plan into law, which included $1,400 stimulus checks.

The Economic Security Project found that that sending two more rounds of stimulus checks could keep 12 million more Americans out of poverty, and since the beginning of this year, a growing number of Democrats have come out in support of recurring payments, urging Biden to include them in his infrastructure plan.

For example, in March, 21 senators wrote a letter to Biden advocating for recurring direct payments, and last week, seven House Democrats wrote a similar letter pushing for the same thing.

“The pandemic has served as a stark reminder that families and workers need certainty in a crisis,” the House Democrats wrote. “They deserve to know they can put food on the table and keep a roof over their heads. They should not be at the mercy of constantly shifting legislative timelines and ad hoc solutions.”

Here are the lawmakers who support recurring stimulus payments in Biden’s infrastructure plan, according to letters from House and Senate members: