Modi Failed India on the Economy 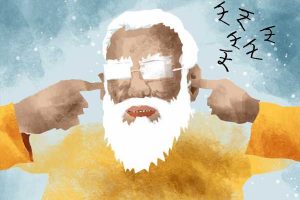 The government did not tell us why our economy had imploded.
The prime minister simply stopped speaking on the subject, Aakar Patel points out.

Till four years ago, the Indian government would use the phrase ‘fastest growing economy’.

The prime minister would repeat the phrase ‘One bright spot in the global economy’ to describe, and used it last at 8 pm November 8, 2016, when he gave us the Demonetisation speech.

Since then, we have not heard much about the fastest growing bright spot.

There is not much talk about the economy and has not been for the last four years.

When it looked like India’s economy had run into trouble, the boasting paused.

Now that it is clear that India’s economy has been ruined, we have stopped speaking about it entirely.

Of course, just because the government does not speak about something does not mean that the problem does not exist.

It does and we must try and understand what has happened to India.

According to government data, our economic growth began braking sharply before January 2018.

From here, for some reasons which we need not speculate about today, we fell into a decline which we could not pull out of.

This was before the Covid pandemic and by the time the national Lockdown was announced, we had stopped growing completely.

The government did not tell us why our economy had imploded. The prime minister simply stopped speaking on the subject.

On October 14, 2019, The Hindu published a piece written by Parakala Prabhakar, who is Finance Minister Nirmala Sitharaman’s husband.

Assessing the economy, he wrote: ‘There is anxiety all over about the economic slowdown in the country. While the government is still in denial mode, data flowing uninterruptedly into the public domain show that sector after sector is staring at a seriously challenging situation.’

‘Private consumption has contracted and is at an 18-quarter low of 3.1%; rural consumption is in a deep southward dive and is double the rate of the urban slowdown; credit off-take by micro and small industries remains stagnant; net exports have shown little or no growth.’

‘GDP growth is at a six-year low with the first quarter of FY20 registering just 5%; and unemployment is at a 45-year-high.’

‘The government, however, is yet to show signs that it has come to grips with what ails the economy. Much less evidence is available to believe that it has a strategic vision to address the challenges.’

I received a newsletter from a business daily which listed what the position was for the last financial year, which ended a few weeks ago in April.

Manufacturing, services, and construction lost value somewhere in the range of 8%.

What happened in the last financial year was that we went back to the past.

We slowed down, then we stopped growing and then we started going back.

The rest of the world kept growing and left us behind.

The reason the average Indian is today poorer than the average Bangladeshi is to be found in the last 48 months.

By April 2021, manufacturing, trade, transport and communications was down at the same level that it was in 2018.

That is three years of growth lost. Construction has lost two years.

The output of core industries such as cement, refineries, steel is the same as it was in March 2017.

That is four years India lost while the rest of the world produced more.

Sales of passenger vehicles including cars has gone back to their 2016 levels.

That’s a loss of five years. This is not an anomaly.

The auto sector has been hammered for many years now and it is clear that the middle class has stopped growing.

Two wheeler sales are today at the same point that they were 10 years ago.

The sales of commercial vehicles, meaning the trucks that carry around goods, are today below where they were when Narendra first Modi became prime minister.

Is this some new data that I am referring to? No, this is publicly available and has been known to all who are part of the sector.

If some of us have not known that the situation is this grim it is purely because it has not featured in a Mann Ki Baat yet.

If you don’t acknowledge a problem, as Manmohan Singh said about the economy in an interview last year, then you cannot begin to solve it.

This is why we will not solve this problem. The leader of India has too much pride to say to us that he has failed us on the economy.

His Cabinet of chamchas dare not say it either.

His finance minister’s husband must write an article in one of India’s most reputable newspapers to bring to the notice of the world that we are sunk.

The impoverishing of Indians and the wrecking of our economy is happening at the same time when the concentration of our wealth is being skewed towards a few.

The two richest men in Asia are not from China, whose economy is six times bigger than India’s.

They are two Gujarati men who represent the model of ‘growth’ in India.

Aakar Patel is a columnist and writer and you can read Aakar’s earlier columns here.