Home » Business » Morgan Wallen Has 2021’s Most Popular Album Across All Genres On Billboard Charts: Report

Morgan Wallen Has 2021’s Most Popular Album Across All Genres On Billboard Charts: Report 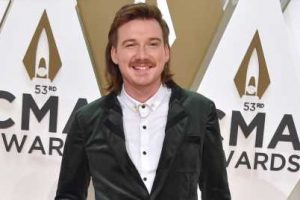 He was banned, ostracized, and confronted on national television. But Morgan Wallen overcame those obstacles to score last year’s most popular album across all genres on the Billboard charts, according to research from MRC Data in cooperation with Billboard.

The year-end report covers music consumption for the 12-month period from Jan. 1, 2021 through December 30, 2021. During that period, Wallen’s Dangerous: The Double Album was the top country album of the year and the most popular album across all genres, with 3.2 million equivalent album units earned during the year.

Wallen achieved his milestones despite the backlash when he was caught on tape making a racial slur toward a friend in February 2021. He was immediately put on hiatus from his record company, and many radio and streaming outlets, as well as award shows, banned him.

He has since been making amends, expressing remorse in interviews and doing sporadic concert walk-ons. This coming year will see him mount a long tour that is scheduled to start in February.

Other tidbits from the full report, which can be downloaded here: