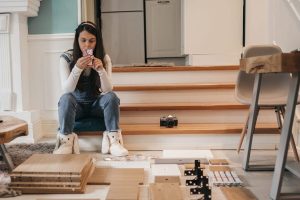 Millennial homeowners are having buyer’s remorse.

Nearly two-thirds (64%) of millennials regret buying their home, a new Bankrate survey that polled 1,400-plus homeowners found. Just over 20% cited expensive maintenance costs as the reason why, while 13% said it’s because they overpaid.

Those reasons come as no surprise in today’s cutthroat housing market, marked by both a historic housing shortage and lumber shortage that have propelled housing costs to an all-time high. It’s resulted in heated bidding wars, where competing buyers are throwing down all-cash offers and offering higher down payments.

The skyrocketing prices and tight inventory is creating new affordability challenges for millennials, who have reached peak age for first-time homeownership. They led the housing market last year, but as the boom turned into an inventory crisis, homeownership fell out of reach for the generation yet again.

Many of those able to snag a house only did so by paying above market price, and some rushed the process in hopes of grabbing something before someone else did.

Consider Stella Guan, who told Insider’s Taylor Borden back in February that she regretted buying a home during the pandemic. Guan, who moved from New Jersey to Los Angeles, said she “wanted to get things done fast” and made seven or eight offers before one was finally accepted. Guan thought she landed her dream ranch-style home, saying she thought she got lucky since there was “somehow no counteroffer.”

But the home had black mold, and repairs cost way more than planned. She budgeted $30,000 to fix up the property but ended up paying upward of $50,000 to overhaul the house. While Guan planned to update the home to her tastes, she said: “I spent all my money on repair and not renovation.”

Unable to lure a new buyer, so she sold to an iBuyer and recouped only 50% of her money. She said the state of the housing market can push people into regrettable decisions.

Homeownership isn’t always as it seems

It found that millennials are more likely to buy a fixer-upper than a new home, and that some are using loans more frequently than cash to fund home improvement projects exceeding $10,000. When BofA last conducted the survey in 2017, only 34% were using loans for home improvement. Today, 42% of respondents are.

The data suggests that some millennials are resorting to buying old homes and renovating them as an alternative to attempting to outbid an all-cash offer, but that some are now living in fixer uppers they can’t afford.

Other first-time homebuyers are increasingly making offers on houses they’ve shopped for online and through social media. While the move is second nature for a digitally savvy generation, it also proved to be an easier and less time consuming process for those buying a house in an area they’re not currently residing in and a way to move swiftly when houses are flying off the market. But some may be realizing their new house isn’t all it seemed to be behind the screen.

As Thao Le, a professor of housing economics and real-estate finance at Georgia State University, told Borden, “The trajectory of the pandemic, and thus the economy, is still very much unpredictable.” She added that before committing to homeownership, “aspiring buyers should evaluate their financial situation and job security carefully.”