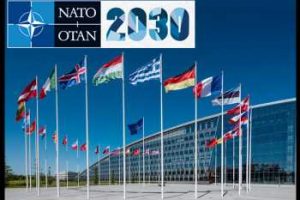 Leaders of 30 European and North American countries convened at NATO Headquarters in Brussels, Belgium, Monday to discuss key issues, take decisions about the future of NATO and agree on concrete measures to adapt the Alliance, as part of the NATO 2030 agenda.

The summit kicked off with meeting of the North Atlantic Council at the level of Heads of State and Government.

At a press conference ahead of the Summit, US National Security Advisor Jake Sullivan said that during the Summit, President Joe Biden will cover a range of issues, including the drawdown of NATO forces in Afghanistan.

He said NATO will finalize a cyber defense strategy for the first time in seven years, which will upgrade the defense, political, and intelligence dimensions of cyber across the Alliance. In the communiqué that will be released, there will be a strong commitment to NATO’s emphasis on cyber deterrence and collective defense, as well as Article 5 applying on a case-by-case basis to cyberattacks of significance.

Biden will meet on the sidelines of the summit with the Baltic presidents. He will speak with them about a range of issues, including the challenge and threat posed by Russia.

“When you combine the G7 and NATO, it’s just a really powerful platform upon which America can conduct its foreign policy in the years ahead,” Sullivan told reporters.
The White House said Biden will reaffirm the enduring Transatlantic bond through NATO and underscore the United States’ ironclad commitment to Article 5 – an attack on one is an attack on all and will be met with a collective response. Allied leaders will launch an ambitious set of initiatives to ensure NATO continues to provide security to our citizens through 2030 and beyond.

Allies will agree to revise NATO’s Strategic Concept, a framework that will guide the Alliance’s approach to the evolving strategic environment, which includes Russia’s aggressive policies and actions; challenges posed by China to the Alliance’s collective security, prosperity, and values; and transnational threats such as terrorism, cyber threats, and climate change. The new Strategic Concept will be prepared for adoption at the NATO Summit in 2022.

Leaders will endorse a new Cyber Defense Policy for NATO that will strengthen Allied coordination to ensure the Alliance is resilient against the increasingly frequent and severe threats such as ransomware attacks against critical infrastructure.

Allies will launch a Defense Innovation Accelerator to facilitate their technological cooperation and speed the adoption of emerging technologies that will enhance the Alliance’s defense and security.

They will agree to reduce greenhouse gases from military activities and installations in line with national commitments under the Paris Agreement, and agree to initiate a regular high-level global climate and security dialogue.