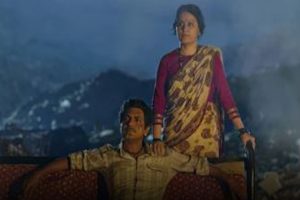 Netflix is making an aggressive play for new subscribers in India by significantly lowering the cost of its subscription plans in the country.

In a blog post penned by Monika Shergill, Vice President of Content for Netflix India, it was confirmed that the streamer has lowered all four tiers of its pricing plan, crucially including the ‘Basic’ plan, which has been slashed from $6.58 (499 rupees) a month to just $2.62 (199 rupees), a drop of 60%.

India is a highly-prized market for streamers because it has higher potential for growth than more mature territories. With a population of 1.4 billion and widely available and affordable high-speed internet, the market is regarded as one of the key battlegrounds in the streaming wars.

Disney+ Hotstar, Amazon Prime Video and Netflix are all established in the region, competing with local players including Voot, ALTBalajim, SonyLiv, Zee5, and Eros Now.

‘Spider-Man: No Way Home’ Review: The Most Exciting, Surprising, Emotional Spidey Of Them All