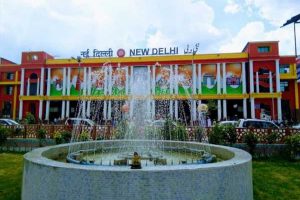 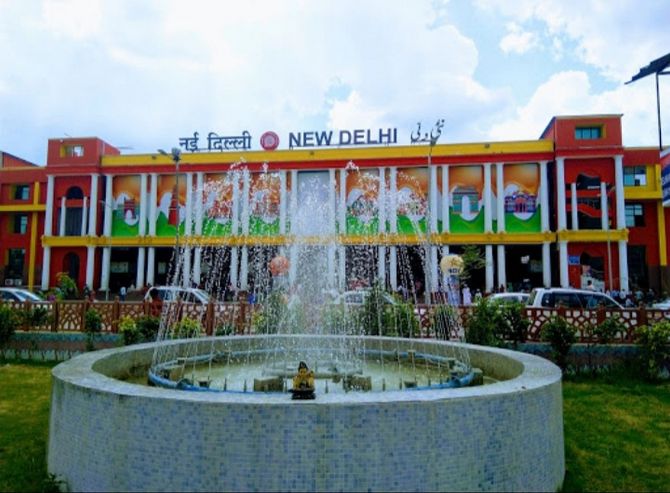 The past appears to have interrupted the future of the New Delhi Railway Station (NDLS). With two protected heritage buildings sitting in the way of the plan to redevelop the railway station, officials in the know say the project may end up back on the drawing board since the National Monuments Authority (NMA), the body tasked with the protection and preservation of monuments and sites, is yet to give its approval.

“A nod from NMA is awaited before going into the next phase of bids for the redevelopment of the New Delhi Railway Station,” a senior official of the Ministry of Railways told Business Standard.

While the Railways ministry is hopeful of getting approvals from the NMA before the end of the current financial year, there is no clarity on this yet.

The critical issue is that under the current plan, one of the two central structures of the redeveloped railway station falls in the restricted area of the monuments.

“There are two centrally protected monuments, Ajmeri Gate (built in 1644) and the tomb of Ghaziuddin Khan (dating back to 1692), near the railway station on the Ajmeri Gate side.

“The Ancient Monuments and Archaeological Sites and Remains Act, 1958 categorises 100 metres around centrally protected monuments as a prohibited area.

“No new construction can be carried out in the prohibited area, and only repair of existing structures can be undertaken, and those too with certain conditions,” a senior official aware of the NMA’s position said.

The official explained that a distance of 100 to 300 metres of the monument is classified as a regulated area where constructed is permitted, but with the approval of the NMA.

“This approval will be based on heritage bylaws, which also specify the maximum height of a structure that can be developed in the regulated area,” the official said, adding that the height cannot exceed 18 metres.

“Under the proposed project, some twin-towers are coming up in this area.

“One of these towers falls in the regulated area with a proposed height in excess of 150 metres. That is the issue,” the official pointed out, adding that the NMA is yet to receive a report on this matter from the competent authority.

NMA declined to respond to questions from Business Standard till it gets a report on the New Delhi station from a competent authority.

The New Delhi Railway Station redevelopment project, which is to be completed over four years, is expected to incur a capital expenditure of approximately $680 million (roughly Rs 5,110 crore).

The proposal offers multiple revenue streams to the developer, including gains from real estate rights for a period of 60 years.

The Rail Land Development Authority (RLDA), a statutory body under the Ministry of Railways, is overseeing the redevelopment of NDLS.

This is the first project to be undertaken on the transit-oriented development (TOD) concept in the Delhi-National Capital Region.

TOD projects are oriented towards maximising the amount of residential, business, and leisure spaces within walking distance of public transport.

The request for qualification (RFQ) stage was completed in February 2021.

The Railways ministry will enter the bidding phase with these prospective developers after getting approvals from the NMA.

It is proposed that the railway station will be redeveloped into dome-shaped terminal buildings with two arrival and two departure areas at the concourse level, two multi-modal transport hubs on both its side, and 40-floor twin towers.

The proposal includes a pedestrian boulevard with high-street shopping. Pedestrian movement, cycle tracks, green tracks and non-motorised vehicles have been integrated into the proposed development plan.

The station has a master plan area of 120 hectares, of which 88 hectares is being planned in Phase 1.

The project, which involves the development of around 1.2 million square metre of built-up area, will be undertaken on the Design, Build, Finance, Operate and Transfer (DBFOT) model.