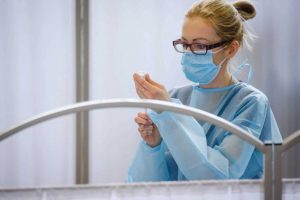 LONDON — A top EU official has dismissed the idea that Brussels could enter into new contract negotiations with AstraZeneca while a court is currently assessing whether the company breached its existing deal to supply coronavirus vaccines.

The European Union started legal action against the Anglo-Swedish pharma company last month over complaints that AstraZeneca failed to meet its delivery targets with the bloc. AstraZeneca has denied these accusations, saying it will strongly defend itself in court.

"For the moment, it's no," Didier Reynders, the EU commissioner for justice, told CNBC when asked whether the commission had plans for a new contract with AstraZeneca. "This is nonsense, to think about a new contract," he added.

The Brussels-based institution announced a new vaccine deal with Pfizer and BioNTech earlier this month. The agreement covers 900 million doses with the option of getting 900 million more between 2021 and 2023.

"It's not a problem of quality of (the) vaccine. We have said it is a very high-quality vaccine, so we don't have any problem to use AstraZeneca vaccines," Reynders said, explaining that the issue has been the lack of deliveries.

The EU was expecting 120 million doses of the AstraZeneca shot in the first quarter, but it received only about 30 million doses.

AstraZeneca has said that low yield issues in European plants have caused the delays in distribution. The company said in a statement in March that it would expect to deliver 100 million doses to the EU by the end of the second quarter — short of the EU's expectation for 300 million doses over that period.

Earlier this month, European Internal Market Commissioner Thierry Breton said that the EU had not placed any new orders with AstraZeneca beyond June.

In a court hearing Wednesday, the EU's lawyer Rafael Jafferali said the bloc was looking to receive 10 euros ($12) for each day of delay for each dose, and an additional fine of at least 10 million euros for each breach of contract that the judge determines, Reuters reported.

"In the first quarter we didn't receive what was put on the contract and for the second quarter it will be the same," Reynders told CNBC.

One of the issues from a European perspective is that AstraZeneca seems to have fulfilled contracts with other parts of the world, notably the U.K. which has had a successful vaccine campaign.

The lawyer said at a Belgian court Wednesday that AstraZeneca had "diverted" doses to other clients, according to Reuters.

Despite an initial bumpy vaccination rollout, the EU seems to be catching up with other parts of the world.

European Commission President Ursula von der Leyen said Tuesday that "by the end of the week, over 300 million doses of vaccines will have been delivered to Member States."

"So we are on track to reach our goal to have enough doses being delivered to vaccinate 70% of the adult population in the European Union by the end of July," she added.