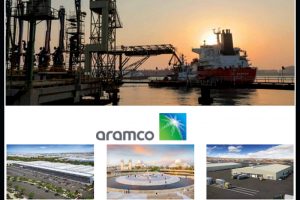 The value of the two companies could change anytime due to fluctuations in share prices, but the move on Wednesday underlines the major trends in the global economy.
The energy sector is booming at present as the war in Ukraine has pushed up prices due to sanctions and boycotts against Russia and supply chain challenges. That is the main reason behind the increase in valuation of the Saudi company.

Energy stocks and prices have been on the rise as investors sell off shares in several industries, mainly technology, in the face of a deteriorating economic conditions. Apple stocks have fallen nearly 20 percent since its $182.94 peak on January 4.

The dethroning of Apple is mostly symbolic, but it shows the changing faces of the markets as the global economy grapples with rising interest rates, inflation, and supply chain problems.

Till date, Aramco stock is up over 27 percent. In March, the oil giant posted full-year profit last year, which more than doubled due to soaring oil prices.
Apple had toppled Saudi Aramco to become the world’s most valuable publicly traded company in 2020.