Plaid just raised $425 million at a $13.4 billion valuation, bringing on new investors Altimeter, Silver Lake, and Ribbit as it eyes an eventual IPO 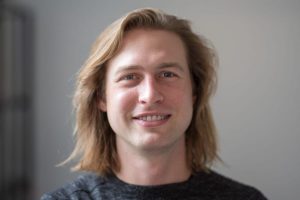 Fintech adoption massively accelerated in 2020, with consumers unable to visit bank branches and managing their day-to-day financial lives from home. Now, they’ve turned to mobile banking and investing, using apps like Venmo, Robinhood, and Chime, as they create digital habits that are likely to stick.

That’s meant massive growth for Plaid, the data aggregator that sits behind the scenes of those popular apps, connecting them to the banking data they need to run.

On Wednesday, Plaid announced a $425 million Series D. The round values the startup at $13.4 billion, according to sources close to the company.

The fundraise comes months after Plaid and Visa announced the termination of Visa’s proposed acquisition following an investigation by the Department of Justice into whether the deal was anticompetitive. Visa had first announced plans to acquire Plaid in January 2020, valuing the startup at $5.3 billion.

While the jury is still out on which challenger banks and roboadvisors will win in the long run, an investment in Plaid is a bet that overall adoption of digital financial services is a trend with staying power.

“With Plaid, as an investor, the great thing is you don’t have to pick,” Mark Goldberg, partner at Index Ventures and early investor and board member at Plaid, told Insider.

“If you just believe in the shift from old guard to new guard, then Plaid is going to get much bigger just on the basis of that secular shift,” Goldberg said.

Post-Visa, Plaid is on its way to an eventual IPO

In the months since the Visa acquisition was called off, Plaid has been meeting with investors and, in part, looking to deepen its bench of advisors to help it get ready for an eventual IPO. Altimeter, for one, has a track record of notable exits, including AirBnb, Roblox, Snowflake, and Uber.

And Silver Lake is an investor in fintech unicorns including Klarna and SoFi, which is in the process of going public via Chamath Palihapitiya’s SPAC.

“In addition to the focus on collaborating on the future of digital finance, we also wanted to be sure that we have firms that can help us think about increasing the growth and the scale of our company, and help us think about what’s required for an eventual, not immediate, public offering,” Perret said.

In the meantime, Plaid will use this funding to invest in expanding the business.

“This round will enable us to reinvest in that digital financial future, to reinvest in the scale we’re seeing in the platform, and continue to expand the product set and the team behind it,” Perret said.

Plaid saw 60% growth in customers in 2020, with more than 4,500 fintech apps and 11,000 financial institutions currently connecting via its data pipes. Plaid has also committed to migrating 75% of its volumes from screen scraping to API-based sharing by the end of 2021.

With a focus on scale and new offerings, Plaid is also hiring. In the first quarter this year, it grew headcount by 20%, and currently has more than 100 open roles. It plans to grow total headcount, which currently stands at about 700 employees, by 50% this year.

And investors are optimistic about Plaid’s opportunities to grow.

“The reason we’re investing now is we think they can take the initial set of products and build a much more fulsome set of tools for developers,” Goldberg said. “That’s both the opportunity and also the challenge.”

Whereas Plaid got its start connecting apps like Venmo and Robinhood to banks to verify consumers’ account and routing numbers, it’s since expanded to new use cases for financial-data sharing.

In the last few months, it’s launched a payroll API that enables income verification, as well as connections for alternative data in small-business lending.

“There are a lot of great companies that have tried to go multi-product and failed,” Goldberg said. “Our belief is they have the right people and the right opportunity to go do that here, but that’s going to be the big question mark for the next 18 months.”