Home » ‘Potentially hazardous’? An asteroid the size of the Space Needle will pass near the Earth on Tuesday

‘Potentially hazardous’? An asteroid the size of the Space Needle will pass near the Earth on Tuesday 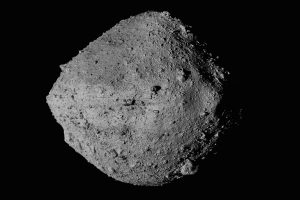 A massive asteroid is expected to whiz by Earth in a relatively close encounter – 4.5 million miles –  on Tuesday, according to NASA’s Jet Propulsion Laboratory.

The asteroid, known as 2021 KT1, is about 600 feet, the size of the New York Olympic Tower or the Seattle Space Needle.

NASA classified the asteroid as a “potentially hazardous object” because it is larger than 492 feet and within 4.6 million miles of Earth. It will fly near Earth at 40,000 mph, according to the laboratory, which tracks objects that drift close to Earth’s orbital area. Though the asteroid is not expected to make a direct hit, NASA is keeping a close watch.

This asteroid is not the only one to come close to the Earth.An asteroid known as 2021 GW4 was 12,000 miles away from the Earth’s surface, traveling 18,700 mph in April. Astronomer Gianluca Masi, founder of the Virtual Telescope project, said it was “an exceptionally close encounter.”

Four smaller asteroids as big as an airplane or house are expected to pass the Earth from Monday to Wednesday;  none of them is potentially hazardous.

NASA defines an asteroid as “rocky fragments left over from the formation of the solar system 4.6 billion years ago.” This space matter is supposed to orbit the sun but occasionally strays from its orbital path because of the gravitational tug of planets.

Five asteroids are expected to pass by the Earth from March 31 to June 2. (NASA/Goddard/University of Arizona/CSA/York/MDA via AP) ORG XMIT: NY792 (Photo: AP)

Scientists say the evolution of the planet could have stemmed from collisions of near-Earth objects, including comets and asteroids. One such theory holds for the extinction of dinosaurs 66 million years ago. The objects hitting the Earth can potentially hold water ice or carbon-based molecules, which are needed for animals and plants to thrive and cause geologic change.

Though Earth hasn’t experienced a massive hit from an asteroid in decades, small asteroids pass between Earth and the moon’s orbit several times every month, according to the Planetary Defense at NASA. Meteoroids, which are fragments of asteroids less than 3 feet, can hit Earth’s atmosphere and explode, creating bright meteor showers that people can watch from the balcony of their house.

NASA is studying ways to deflect hits from asteroids in case one does pose a huge threat. One of these techniques, called the gravity tractor, would involve a spacecraft using mutual gravity attraction from a satellite to change the path of the asteroid. This method is still in the works.