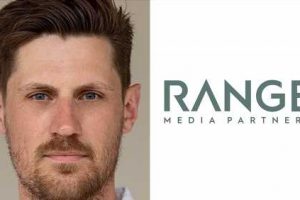 Range Media Partners is expanding with the launch of an International Division, and has hired Oliver Riddle to serve as Head of International Content.

In his new role, Riddle will oversee the development and production of the company’s international film and TV content, with an initial focus on that originating in Europe. He will be based in London, working alongside manager and producer Caroline Marques.

“We are thrilled to welcome Oli to Range,” said Founding Partner, Rich Cook. “The globalization of content is undeniable and we’re incredibly excited to launch Range Media International in our continued efforts to embrace voices from around the world and bring their stories to life.”

“I’m thrilled to be joining Pete [Micelli], Rich and the rest of the Range team,” added Riddle. “It was clear from our first conversations that they share my excitement for amplifying international stories to a global audience. They’ve had tremendous success in their first year at Range, and I’m excited to build out Range Media International.”

Riddle comes to Range from Netflix, having most recently overseen strategy and operations for the streamer’s International Original Film team. In that role, he worked closely with VP International Film David Kosse, helping to build a slate of high-budget European films including Paolo Sorrentino’s award winner The Hand of God, which made its world premiere at the 2021 Venice Film Festival, Alexandra Aja’s sci-fi pic Oxygen, starring Mélanie Laurent and Mathieu Amalric, and Peter Thorwart’s horror thriller, Blood Red Sky.

Prior to his time on the international side, Riddle worked for Netflix’s English-language Original Film team in Los Angeles, providing strategic and financial counsel for Scott Stuber’s feature film slate.