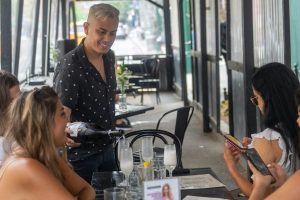 More US jobs were added in May than in April, and most of the gains once again fell in the leisure and hospitality industry.

The US added 559,000 nonfarm payroll jobs in May, according to the latest jobs report from the Bureau of Labor Statistics, below economists’ median estimate of 674,000, per Insider’s Ben Winck.

Leisure and hospitality saw another strong month of job gains. The Bureau of Labor Statistics notes that most of these gains were from food services and drinking places. That includes places like restaurants and bars.

Most industries saw some increase in their employment over the month, but some industries saw larger gains than others. The following chart shows where the job gains, and losses, were from April 2021 to May 2021:

Employment in leisure and hospitality increased by 292,000 in May after increasing by 328,000 in April, totaling four consecutive months of six-figure job gains.

“The leisure and hospitality sector added another healthy amount of jobs, but it was roughly the same number as were added the month before,” Nick Bunker, economic research director at Indeed, wrote in a statement. “Any future pickup in job growth for the overall labor market is dependent on this industry seeing more of a bounceback.”

Elise Gould, senior economist at the Economic Policy Institute, wrote on Twitter that the industry is still below pre-pandemic employment by about 2.5 million. She added she’s “optimistic that we will continue to see solid growth in coming months as vaccine distribution continues and businesses find it safe to reopen.”

“Growth in ambulatory health care services accounted for essentially all of the employment change in health care,” BLS wrote in an analysis.

Four sectors saw job losses in May, including retail trade which lost 5,800 jobs and construction which lost 20,000 jobs in a single month. At almost 15.2 million jobs, retail trade is still 2.6% below pre-pandemic employment, while at about 7.4 million jobs, construction is still 2.9% below February 2020 employment. Additionally, employment in mining and logging did not change from April.