Home » Russia demanded 200,000 Sputnik V vaccines back after officials in Europe questioned the quality of the shot

Russia demanded 200,000 Sputnik V vaccines back after officials in Europe questioned the quality of the shot 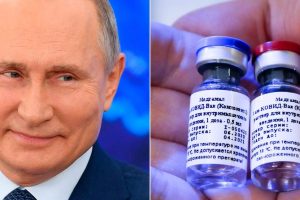 Russia and Slovakia are arguing over the quality of the Sputnik V vaccine.

Russia on Thursday demanded Slovakia give back 200,000 doses of its Sputnik V COVID-19 vaccine so they could be “used in other countries,” citing a breach of contractual obligations, after the Slovak drug agency raised concerns about the shot.

Slovakia’s State Institute for Drug Control said earlier Thursday that about 80% of the data required to evaluate Sputnik V’s safety and effectiveness was missing, despite multiple requests. It was worried about the quality of 200,000 doses that the country had received, it said.

The agency said that Slovakia’s Sputnik V doses were not the same as those tested in clinical trials published in the Lancet medical journal in February, which showed the vaccine was 91.6% effective at preventing COVID-19.

Zuzana Batova, head of Slovakia’s Institute for Drug control (SUKL), told Slovak news agency TASR that the Sputnik vaccine doses imported to Slovakia could not be compared with those used abroad. “They are connected only by name,” she said.

The Russia Direct Investment Fund (RDIF), which has funded the shot, denied the agency’s claims, calling it a “disinformation campaign against Sputnik V” and an “act of sabotage” on Twitter.

“All Sputnik V batches are of the same quality and undergo rigorous quality controls,” it said, adding that the RDIF requested on Tuesday that the Slovak government returned the vaccine doses due to “multiple contract violations so that it can be used in other countries.”

Roughly 14% of Slovakia’s 5 million population have received at least one dose of a COVID-19 vaccine, according to Oxford University’s Our World in Data. By comparison, at least 46% of Brits and 33% of Americans have had a single dose.

Sputnik V is under review for use in Europe by the European Medicines Agency (EMA), but hasn’t yet been approved. Individual countries in the EU can make their own decisions regarding which vaccines to roll out.

Sputnik V is approved for use in 59 countries globally, according to RDIF. Slovakia is on the list, but nobody in Slovakia has been given a Sputnik V vaccine yet because SUKL is still looking at its data.

Slovakia was the second European country, after Hungary, to look to Russia to speed up its slow vaccine rollout.

Igor Matovic, who was prime minister at the time, secured a secret deal for 2 million vaccines in early March, a divisive decision that cast doubt on allegiances to the West. Matovic and Marek Krajci, former health minister, stepped down from their positions in March.