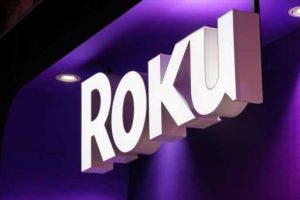 Major streaming provider Roku has announced that one of its top execs, platform chief Scott Rosenberg, plans to depart the company in the spring after a nearly 10-year run.

In an announcement, company founder and CEO Anthony Wood said Rosenberg is “ready for his next professional challenge.”

Rosenberg’s current title is SVP and GM of Platform Business. He has risen through the ranks since joining the company as VP of advertising and business development. Along with building a New York-based sales organization, he played a key role in the company’s IPO in 2017. A ubiquitous presence at industry conferences and upfront events, Rosenberg has been a prominent, public-facing exec for the Los Gatos, CA-based tech firm.

In announcing the move, Roku said Rosenberg will continue to lead his teams until his departure and also help recruit his successor and work on the transition.

“While Scott remains deeply invested in the company’s success, he’s ready for his next professional challenge and believes this is the right timeframe for him to make a change. I respect and fully support his decision,” Wood said. “I look forward to working with Scott to ensure a smooth transition, while maintaining our relentless focus on building the best TV streaming platform.”

Rosenberg called his Roku tenure “the most rewarding time of my career, without a close second. Deciding to leave was difficult, but made possible by my belief in the incredible bench strength of the platform team and the company as a whole.”

While Roku has been a spectacular growth story and defied initial predictions that it would be gobbled up by a much larger tech company, it has recently hit something of a plateau. In the most recent quarter, it reported having 56.4 million active accounts, but the increases in that figure have been declining. The company’s stock has lost half its value since last June. It was at $187.10, down 3%, in morning trading.

An engineer by training before focusing on business, Rosenberg previously worked at DVR pioneer ReplayTV. In the years just prior to Roku, he co-founded “second-screen” tech company Umami and ran it as CEO and was VP of advanced advertising at Rovi.

Which Asian Market Could Produce The Next ‘Squid Game’-Size Hit?