Home » Business » 'Shang-Chi' doesn't have a release date in China, this chart shows why that's a big deal

'Shang-Chi' doesn't have a release date in China, this chart shows why that's a big deal 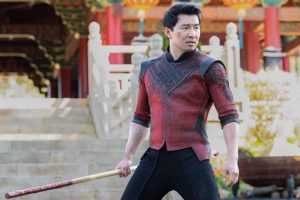 When "Shang-Chi and the Legend of the Ten Rings" debuts in theaters Friday, it will be the first time a Marvel film will be shown exclusively in cinemas since the pandemic began, but it is its absence in a key international market that has box office analysts talking.

"Shang-Chi" is the first film in the Marvel Cinematic Universe not to be granted approval for distribution in China, and only the second not to be released in the country. The underlying controversy seems to stem from the film's casting and the perception of the comic book series that "Shang-Chi" is based on.

The absence from Chinese box office means "Shang-Chi" is leaving a large sum of money on the table. Since 2012's "The Avengers," China has been the second-highest grossing box office for all Marvel movies, just behind the U.S. and Canada.

With a theater-only release and ties to a 24-movie blockbuster franchise, there's little doubt that "Shang-Chi" will top this weekend's box office in the U.S. and Canada. It may even stake its claim on becoming the highest Labor Day weekend opening of all time.

But China is a key market for its size. Prior to the pandemic, China was the second-largest box office in the world, garnering $8.67 billion in annual ticket sales, according to data from Comscore. In addition, delays in releasing popular films in China often expose a movie to higher levels of piracy.

"Marvel is a franchise with immense appeal virtually everywhere, and these films have owed a considerable portion of their international box office success to the ticket sales China generates," said Shawn Robbins, chief analyst at Boxoffice.com. "Anywhere from 10 to 20% of worldwide grosses on a Marvel movie can come from the Middle Kingdom alone."

Marvel has hit that benchmark since 2013. In the early years of the Marvel franchise, China accounted for between 2% and 6% of total box office sales.

For the 2019 release of "Avengers: Endgame," Disney scheduled the debut for domestic and Chinese audiences on the same weekend. The result was the highest opening weekend haul in cinematic history. Over its run, 22% of ticket sales came from China.

"The growth of the Chinese theatrical movie market over the past decade has been impressive; essentially tripling in terms of revenue since 2012 and becoming a key destination for many American blockbusters that often rely on the country's box office earnings power to take them to the next level," said Paul Dergarabedian, senior media analyst at Comscore.

Heading into its domestic debut, "Shang-Chi" will not benefit from these ticket sales, as it has not yet been approved for release in China by government officials. The region does not operate a free market for cinema and all foreign-made films must pass censorship in order to be distributed locally.

China has strict rules on content and suppresses anything that it believes violates its core socialist values or detracts from its nationalistic image. The country recently expanded its crackdown on its own entertainment industry, telling broadcasters to ban artists with "incorrect political positions" and effeminate styles from shows in an attempt to cultivate a more "patriotic atmosphere."

"Black Widow" was granted permission to be shown in the country, but its release date coincided with a blackout period in China. In July, the country leaves theaters open to local productions and boxes out foreign films. This year, the scheduling for non-Chinese films was further impacted by the 100th anniversary of the ruling Communist Party's founding. The occasion has resulted in a months-long period of censorship across all media.

Unfortunately, rampant piracy of "Black Widow" following its release in domestic theaters and via streaming may mean it will never get a run in China.

"Having near perfect pirated copies of a major motion picture floating around is never good for business and is understandably a source of ongoing concern for the entire movie industry," Dergarabedian said.

Box office analysts have speculated that "Shang-Chi" would be left of the docket because of its source material. The comic books on which the film is based has been considered racist and filled with reductive stereotypes. While Marvel head Kevin Feige has gone out of his way to quell any concerns about portrayals in the upcoming film, it may not be enough to get it a run in Chinese theaters.

Marvel's "Eternals" could face a similar fate, although its reason for refusal is quite different. The film is directed by Chloe Zhao, who recently became a persona non grata in China after past remarks about the country surfaced online. The backlash lead to her name and her achievements being wiped from much of the Chinese web.

That leaves "Spider-Man: No Way Home" as the next potential Marvel flick to hit theaters in the country. The last two standalone Spider-Man films have performed well in China, tallying $117.5 million and $204.9 million in sales, respectively, in 2017 and 2019. These films have 13% and 18% of their box office receipts from China.

Pent-up demand to see a Marvel movie on the big screen, could lead audiences to head to theaters in droves when it is released in December.

Correction: "Avengers: Endgame" saw 22% of its $2.8 billion in ticket sales, or $627.2 million, come from China. A previous version of this story misstated the value of China sales.